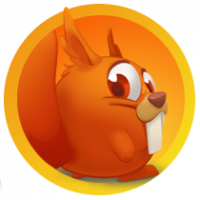 while there is a race on gif I thought it was nice to have a race on who puts the funniest jokes. so you can even laugh a little in this quarantine period. or riddles

here is a joke:

pierino's mother asks pierino and his sister della to go and get the spek. they go and while they go, della is taken under a car and pierino comes home to warn mum and tells him mum and death-della !!

but mum says no pierino you had to take the spek.