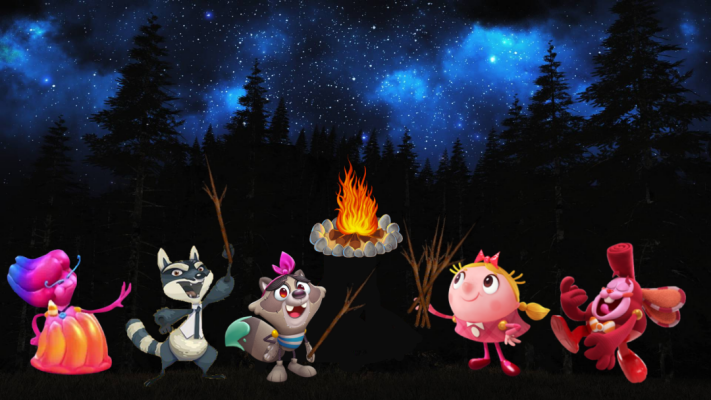 Tiffi makes sure that everyone has a twig. She tells the gang to hold on to their twigs for a bit because she thinks they should start sharing campfire stories that they found online. The first to volunteer is Chewy.

‘The Viper - A young man inherited a house from his uncle and moved in right away to start fixing it up. While he was unpacking his things, the phone rang. A strange voice said “I am the Viper, I’ll be there in 3 weeks!” and hung up. The young man thought it was odd, but figured it was a wrong number.

Days went by and the man got settled into the house and started the repairs. The phone rang again with the same voice saying “I am the Viper, I’ll be there in 2 weeks!” The man said “Who is this?” but the caller hung up.

The man ignored the call and started fixing up the huge old house. The phone rang again a week later and the man answered it yelling “Who are you?” But the voice on the other end only said “I am the Viper and I’m coming to your house in 1 week!”

The man was scared and called the police, but he was told there was nothing they could do. So he sat tights and hoped that the calls would stop. A week later there was a knock on the door. The young man was expecting a delivery but as he peeked out the door he saw an older gentleman standing on his front step..

A little nervous from the strange calls he’d been receiving, the young man yelled out “WHO ARE YOU???”

“I am the Viper” the old man stated, “I’m here to vipe and vash your vindows!” (Source) 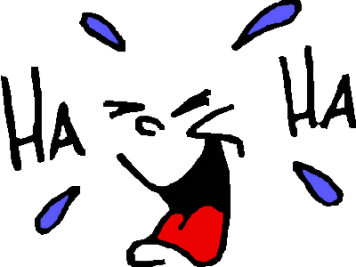 Red Rabbit wants to go next. He shares that he found this story online and he hopes that they all enjoy it.

‘Once Bitten, Twice Shy - ‘It was late summer, a couple of years ago, and the carnival was in town. So my friend and I went to ride the rides, gobble up some cotton candy, and soak up the festival atmosphere. As we wandered around, sipping on our cold soda, we noticed a fortune teller booth nestled between some food stands. With nothing much else to do, we thought it would be fun to have our palms read. Why not, hey? My friend went first and was told she was going to lead a healthy, happy life.

Then it was my turn to have my palms read. The mysterious fortune teller took my hand and after peering at it for a couple of minutes, she looked at me very strangely. In a cautious yet curious voice, she asked me if I was fond of dogs. I told her I loved dogs but asked what that had to do with anything. So she continued tracing her fingers over my palms as she told me that in a previous life I had been a dog, but I had been treated poorly by my owner. In fact, I had been kept tied up with a heavy chain. She said I tried so hard to escape that my collar bone broke because I was pulling on the collar so hard.

I paid my money and left the fortune teller’s tent swiftly, feeling flustered and very aware of my collar bone. But what’s really weird, is that I have had a lump on my collar bone for as far back as I can remember. There was no way that the fortune teller could have known that. Go ahead, you can feel the bump right here… At this point, get one of the kids around the campfire to feel your collar bone and when they do, turn and pretend to bite their hand while barking and growling loudly!’ (Source)