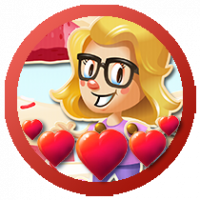 Please check out all the King stories that I have created
Flag 5 · Helpful Sassy! 5Sweet Love Haha
Prev123Next