Adding New Things in the game 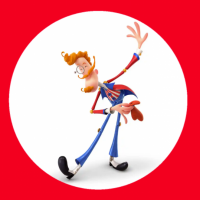 First of all,the 3D theme is great. We can add new Game modes like we have seen in other Candy Crush Games like Chocolate, Honey, Soda, Bubble, Bubblegum, Jelly, Dropping the Fruits, Target Levels of Moves and Target Levels of Time, Mixed Levels and Brand New Level of Spread the Cream.Also, if possible ,we can add Player vs CupCake Carl and Player vs Liquorice Larry Levels.

We can add Boosters of previous Candy Crush Games like Extra Moves +5, UFO, Lucky Candy, Coconut Wheel, Free Switch, Bomb Cooler and Hammers like Color Bomb Hammer (Epic Booster) and new Booster called Colouring Bomb Hammer (Legendary Booster). Also, before entering the level we should be able to add Color Bomb, Stripped Candy, Wrapped Candy, Colouring Bomb like we can do it in Candy Crush Soda. And Mythic Booster called Kimmy used get changed into unique Boosts with uniforms like Kawaii, Astronaut, Fairy. This will be very helpful.

A New Map in addition to previous 4 maps like Night and having raining season. A New Special Candy Called Color Star Candy which is obtainable by adding 7 candies of same color. Its effect will be Destruction of all candied on board when it is added to any candy or to Special Candy.

Adding 2 New Characters - Mr.Toffee having effect of taking 5 orange candies and destroying Strong Layers of Iced Walls or Caramel Blockers or Threads or Bread.
Monkling having effect of taking 12 yellow candies and placing 4 Special Candies but not Color Bomb and Colouring Bomb. Every 4 Special Candies will be different from each other. Example- 2 Stripped Candies (1 Horizontal and Other Vertical), 1 Wrapped Candy and Other Fish.

Finally, Adding Free Booster Wheel to get one free booster everyday, Everyday a new special candy for 1 hour and Pretzella Surprise World Challenge Featuring on Saturday And Sunday GMT time which we saw in Candy Crush Tales. Due to this, Players will be able to unlock her as a playable character and Jenny's Candy Store where user can buy all these boosters and special candies. Also, Add Diwali Update to this game after halloween update as this is the festival of lights and and add Chinese New Year Update as Hanami Update before Valentine's Update.

This is what I had. I know that it's isn't easy to add all things one at a time but at least add some things step by step. It's my humble request to all the players and community and developers and beta testers to Comment on this post and tell whether it's good to have it or not. Thanks for giving me opportunity to help and improve the game.
January 15

Thanks Everyone For Being Part of the King Games, and it's Community. Your Contributions makes this Community a great place for Everyone.

Click Here to Participate and Win Gold Bars on Your Favourite Games !

Vote here by Clicking 'Up' to get different types of boosters, levels and Festival Updates to Candy Crush Friends Saga.