What is happening with Fantastic 5 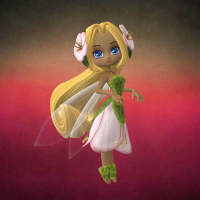 I was in a team and we were nearly 7000, we had left 1 day and some hours to reach the goal. I won a level and noticed the points weren’t added to the team. So I logged out and into the game and I was in an other F5 team!?🤔. I asked the teamleader what was going on with the team. Team still existed so I could join back in. My collected points were gone!😤 The F5 Team showed we had reached the goal, but didn’t get the rewards, so we thought well maybe this will come when the deadline is over. No, I got a pop-up goal not achieved. I am really angry. I didn’t opt out my team, I even CAN NOT opt out or join in a team and my points are gone so not added to the team. I had more than 2400 points! Also I noticed 2 other team members who also were playing and collecting points, were suddenly out of the Team. What is going on? I want the rewards, we deserved it. Can someone look into this? Now we have a team with 3 members and I don’t think we will reach the goal again. Yes I am angry 😤😤😤

🌟Every cloud has a silver lining🌟

You can vote HERE for an improvement of the Swedish Fish