Give Daily Quests back to everyone while Mr. Toffee's Fair is still a WIP 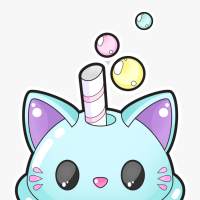 LizzyLemondrop Posts: 531 Game Expert
May 2019 edited May 2019 in Ideas
I'm tired of Mr. Toffee's Fair. Tried it for almost a month and it's just not good enough to replace Quests. We know MTF is being looked into by the developers (in the hopes to improve it), so why have us deal with MTF while it's still in it's early stages of development and still so wildly unpopular? It just doesn't make sense. I am aware that some players did get their Quests back, so why can't all the players have their daily Quests back at this time?

Please Vote here for adding a 500 point Treasure Chest to Soda Squad! Thanks.
Flag 19
19
Up
19 votes