🔥 Sodaliciously Hot Right Now!🔥
🏳️‍🌈 Pride Season - help Kimmy create a Pride Celebration in Rainbow Reefs HERE
The June Tournament is on! 🏆 Share your score and get a badge! HERE
Due to an issue with our servers, on the 5th of July all Private Messages will be deleted and disabled. Read more HERE

👑 ﻿ The Noble and Royal Path 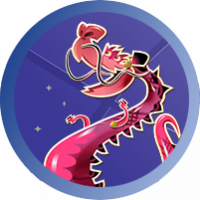 Here’s some useful information on the sodalicious features The Noble and Royal Paths.

In the Noble and Royal Paths players beyond level 66 will be able to get rewards for passing levels. There are two different paths, the Noble Path is completely free while the Royal Path needs to be purchased. Read more about the paths below.

There is a green claim button for each unlocked reward. Tap on the green button and claim your reward. See images below for examples.

It is possible to unlock rewards without claiming them. Once they are unlocked they are yours to claim whenever you want but - hurry up! You will have a limited time to complete the path and the opportunity to get the rewards. Once the time is over, a new path starts. Therefore we recommend claiming your rewards as soon as you unlock them to not miss out.

What can I win?

Lot’s of different boosters such as the Lollipop Hammer, Color Bomb etc.

When will I see it?

Every time you win a level, a reward will be unlocked. You will see two options: The Noble Path and The Royal Path.

The Noble Path is what you will see by default and you will get the rewards for free.

The event is active but you don’t see it?

It's occasionally possible that you'll know someone who might have the event visible in their game when it's not available to you. Don't worry! It's not faulty - it's just that with so many players, we sometimes have to spread the fun out a bit. To keep our events balanced, manageable and visible to as many people as possible so everyone gets to try new things - The chances are you'll have another event when your friend doesn't, so rest assured we'll always try to make sure you don't miss out in the fun! Keep an eye on your notifications, pop-ups and map buttons to know when you're good to go!

We also want to ask you…

👑 What did you think about this feature? Did you like it?

👑 Would you change anything about this feature?