Start With The Last Letter Of The Word 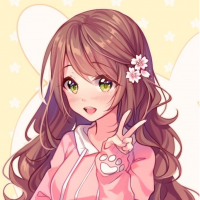 Some of you might think this is a word game..but no! This is a song game in which the first person writes a song title name then the other has to write a word which begins with the last letter of the first word.

Let me give an example:

We Will Rock You, Queen

Then the would be :

But if at any point if the game gets to hard to think of any song then we can start from a new one! 😉

So I'll start off:

With A Little Help From My Friends, The Beatles

The next would start from S