Return of the Double Jump 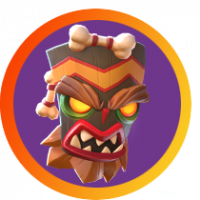 The original Crash trilogy had a double jump so why can't COTR. Maybe you could perform it by swiping up twice or swiping up then tapping. If you like the idea be sure to leave a comment and vote for it have an N.sane time. :)