Maybe give the option to remove the mini-banner-things (I don't know what the real name for these things would be) that are on the left side of the screen while at the home base. I currently always have 3, sometimes 4: 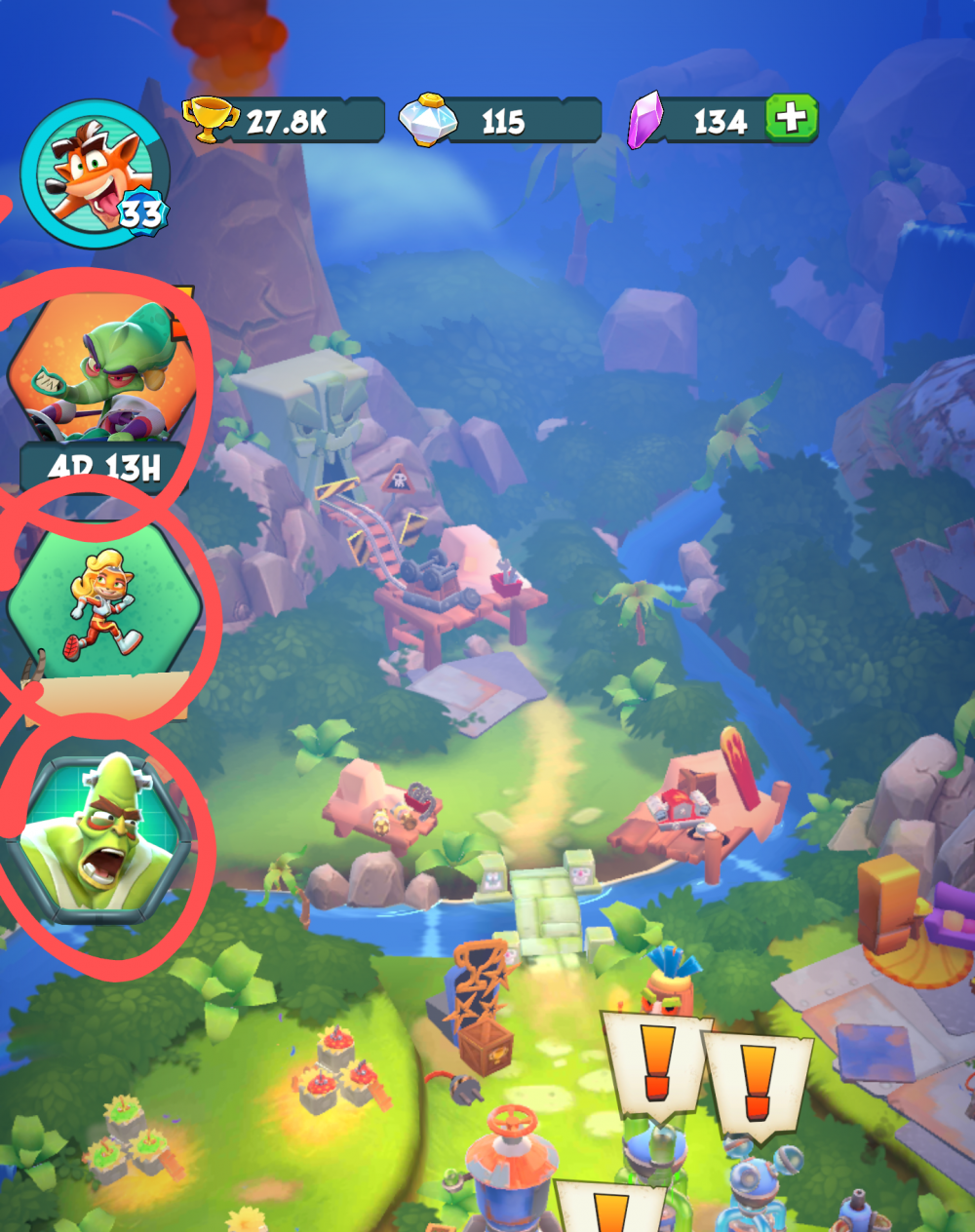 3- Nitro Mutagen Nitrus Brio (I don't even know why this one is there, since I can just go to the mission computer to beat bosses?)

Aku Aku's bubble is removable once quests are done, and that's awesome! Could they all be like the Daily Quests one, where they can be closed/dismissed to free up screen space?

And/or maybe have a "don't show this again" option for things like the Special Offer pop-up, where I've accidentally hit the 13.99$ button a couple times because I went to pick up eggs/weapons at the same that the pop-up popped up as the game finished loading. (Thankfully it checks to confirm the purchase and doesn't just take my money, because that would actually be bad instead of just annoying 😂)