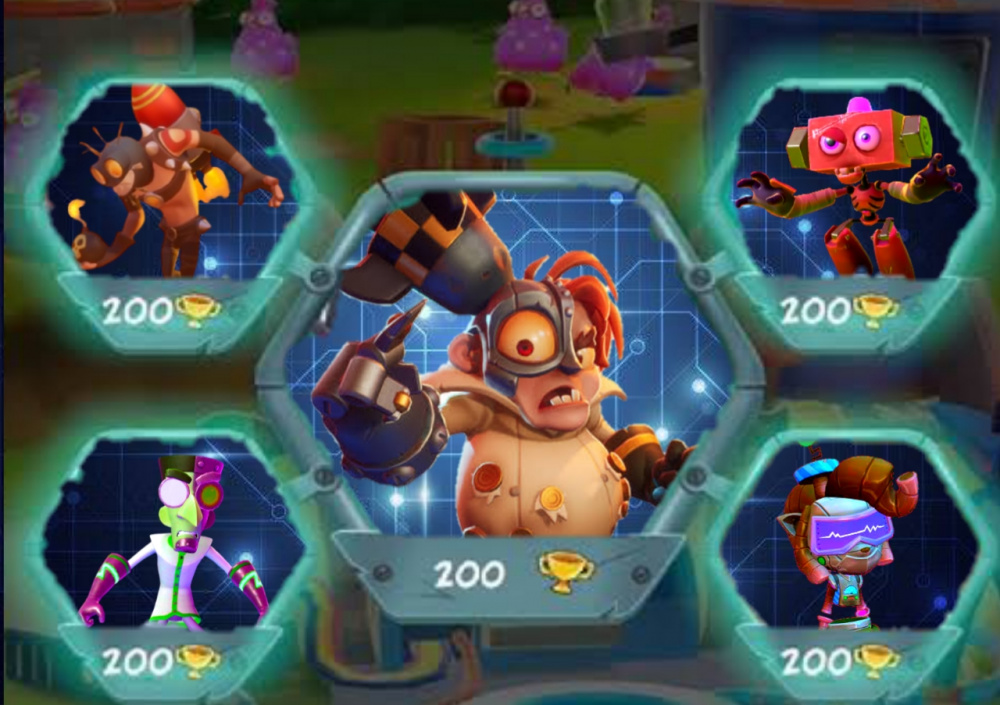 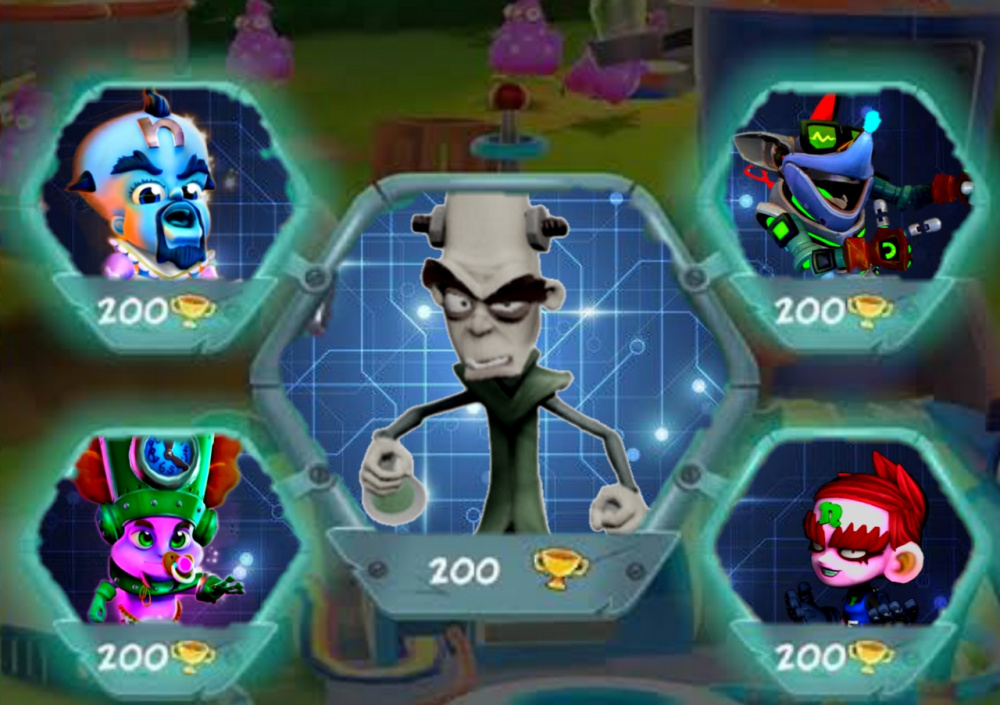 Dingodila Gang: A female version of Dingodile appears, clearly another anomaly and still armed with a hose? She is literally the opposite of the Dingodile we know. Her Henchmen are: 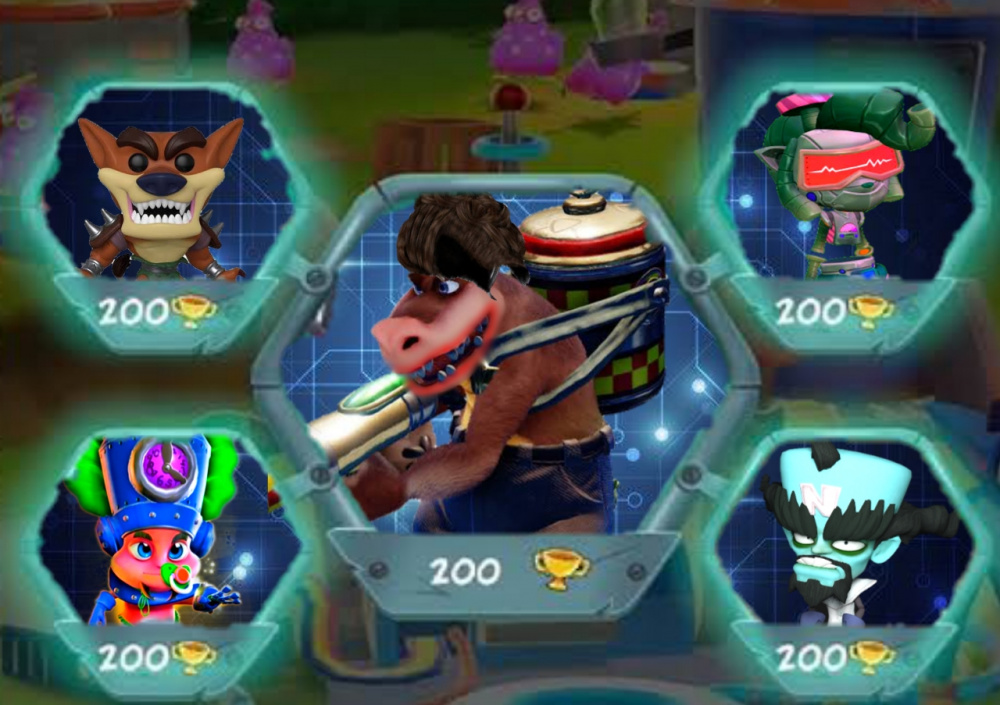 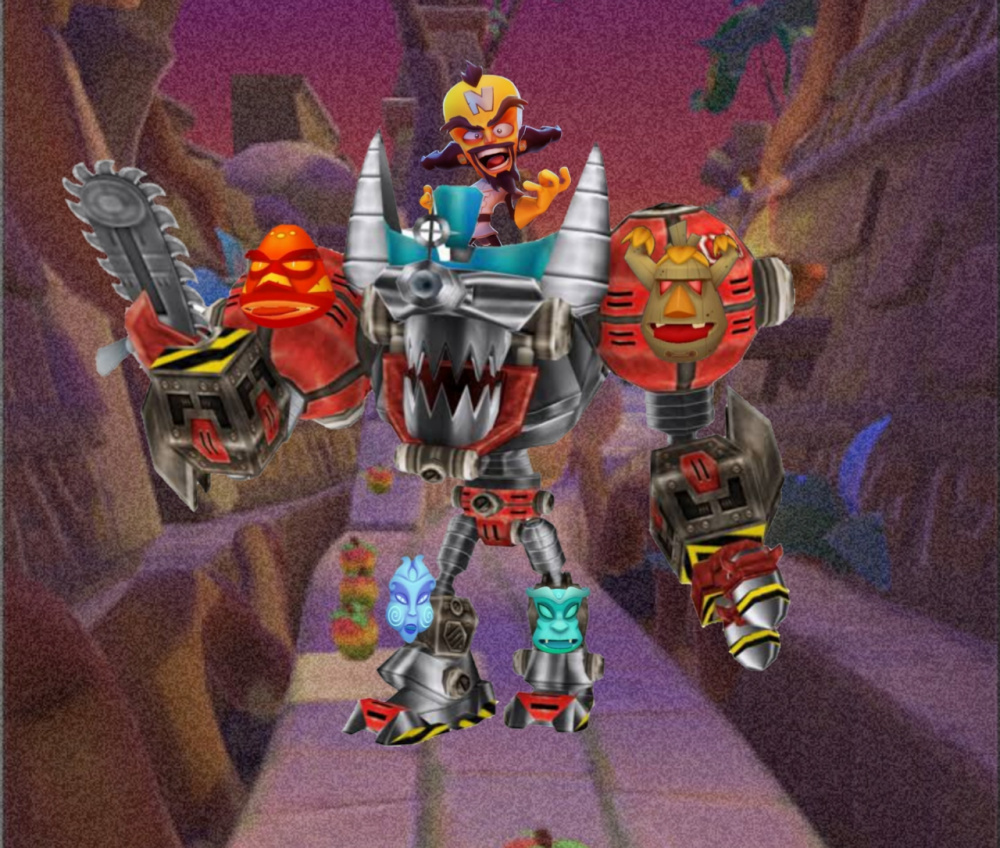 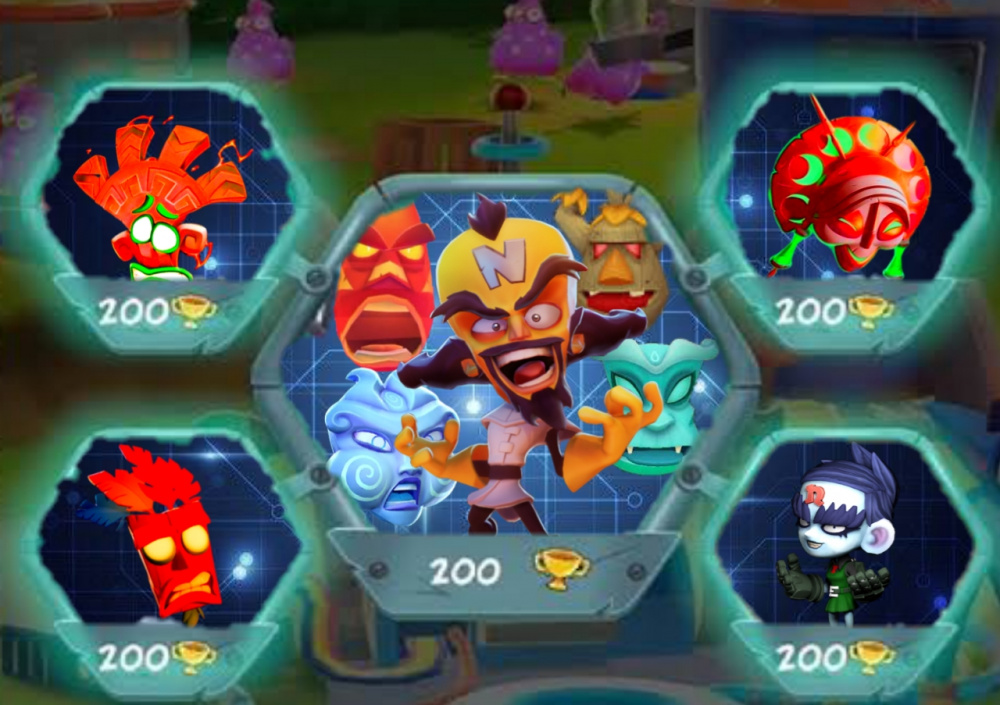 *Gem Route: Let's get the green gem, for that you must pass the level without killing any Npc.

*Challenge Route: Break all the crates, and then acquire 5 Nitro essences.

*Multiversal route: Complete the level without dying, you can now choose between Tawna, Dingodile and Cortex. And get 5 inverted gems.

*Fragmented Route: You must complete the route in the "Inverted Colors" effect. And get a Bazooka hell.