What a waste of time 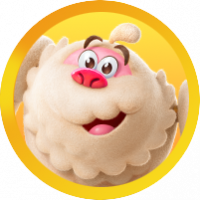 Having recruited a brilliant team of players who chat regularly and swap hints & tips, we have come first in several tournaments. Now, with the new update there is no chance of competing for rewards. An email from customer support confirms that Tiki Head is no more. From now on we can not exchange footsteps or wumpa fruit for trophies. Apparently the developers think this makes the game “more challenging and funnier” It won’t be funnier when their investors realise players are no longer spending their hard earned money on this game. Survival runs are the only way to collect reasonable amounts of trophies now, but as we all know, the glitches and bugs cause it to freeze once you earned a few hundred, then kaboosh, all gone!! They can’t be bothered for fix these issues, how is that funny??