What happened with the game? 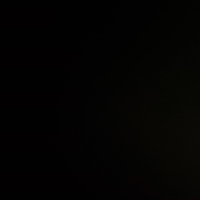 I just came back to give a visit to see how things are going, but unfortunately, it doesn't seen improved at all. Even the super small details like crystal confirmation purchases, The Great Gate Gem/Crystal run and option to change speed in CR's don't have any sort of notice at all.

Look at the crystal confirmation purchase for example. Is this suggestion, that was one of the most requested things in beta and it's nearly going to make 365 days without being even considered.

I also heard that the tiki head and aku aku quests were removed from a certain % of people. Let me ask, what would be the reason to create a complete imbalance on the leaderboards by restricting these people for exchanging steps or wumpas to trophies, while also removing a font of 5 daily crystals for seemingly zero reason as far as I know?

About the tiki head, it can't be cheaters, because there are over 10 better solutions for this problem, like a 24h~48h verification check after each season or tournament ends, which also gives opportunity to report last second cheaters trying to steal leaderboard rewards, or anything that doesn't involve removing the tiki head, plus the fact that some of they don't even use the tiki head at all (I mean, it doesn't sound possible that in specific cases someone got like 100M+ trophies super fast was from converting steps all day).

Anyways, I could just write a bunch of endless paragraphs with complaints of all the problems, but that's not why I'm here. Honestly, this seems an issue due to either a lack of developers working on the code, or a lack of organization leading to these terrible decisions. (I believe the result of issues is a mix of both problems mentioned above)

So I would highly recommend start working on these two topics (in case the issue is due to both) - because right now there is a severe untrust bind formed between the community and developers, due to the unfair modification/removal of important features, lack of communication and lack of implementation of largely requested features.