Given up on Blue Hyena

I've spoke about this before but I never received my Blue Hyena skin despite Following the instructions. This included Make of device, Player name and ID, Game Version, Evidence of Pre-Reg, and so on. Despite that, the bot said we closed your ticket due to inactivity. First off, I used the "Contact Us" form to talk about the problem, A guy named Mario answered 3rd April. I did not get the email until 3 days after because of junk but I did reply. 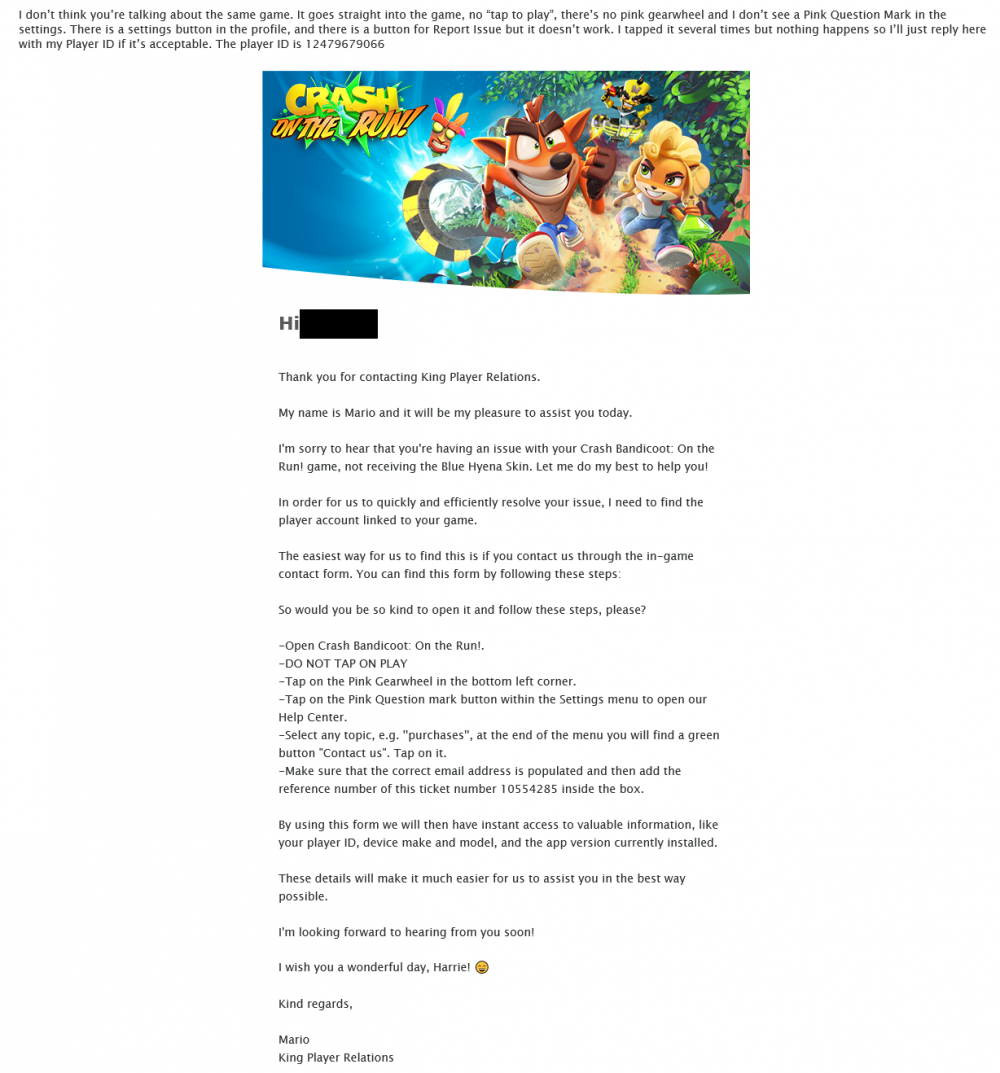 Then I was replied by an automated system that completely ignored my last message, asking for the details again. This was received on the same day as my reply, didn't get it until the next day and gave more details assuming it wanted more. 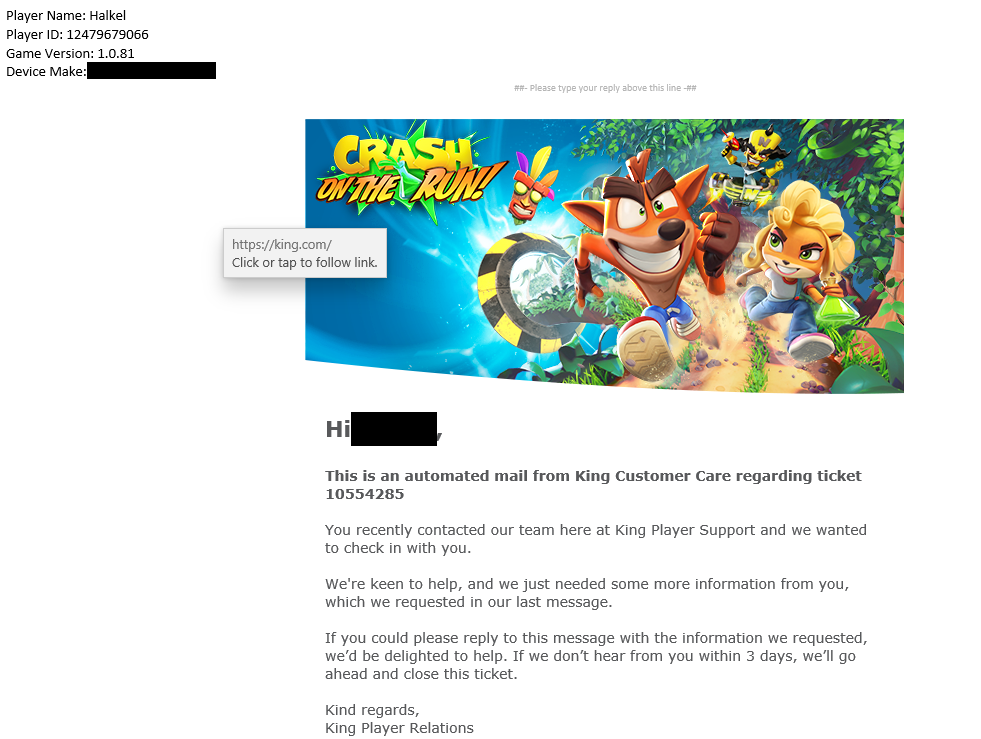 Then it replied 2 days later that it closed my ticket because of "inactivity". I lost my cool and I really let it show. I did not get a reply from it despite it saying so. 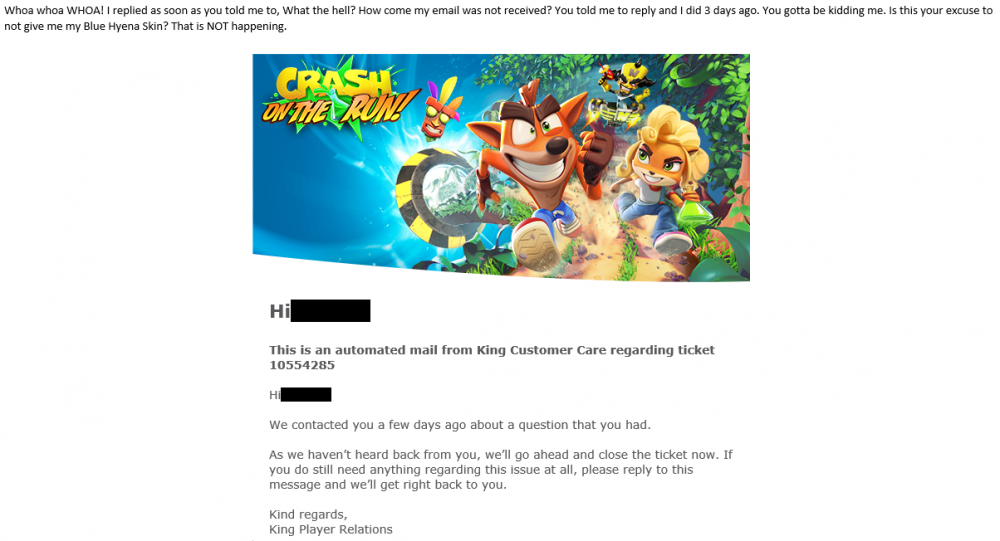 With the following evidence, and a lot of aggravation, I am officially giving up pursuing the skin you guys owe me.