My name is Karen and i would like to speak with the manager. 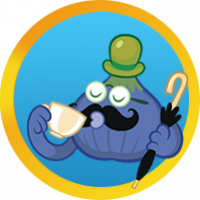 What is going on? How can you keep breaking the game even more? 🤣🤣🤣

I thought you're supposed to fix the game, but you keep creating new bugs out of nowhere. I shouldn't be laughing, but this is hilarious. We are waiting for some bug fixes and what do we get? The ads are missing from survival runs. Crash/Coco run at x1 speed the entire run. The audio gets distorted when we respawn. Others have reported that they have to pay with crystals when they die during a challenge run.

Nobody from the higher ups seems to care about this forum. I went to the other games and i saw that the CM's of those forums were actually responding, but here we only get 1 statement every 2 or 3 months and that's it. Not only that, but you guys have the audacity to say that you are open with the community. Don't say that if you don't mean it because people are gonna get upset. I'm not angry, i just feel ashamed looking at the state of this game right now. Like it has so much potential and yet here we are. At least say something, be more open with the community and address your problems. Thanks