"Pssst ……… have you heard that our @LadyRaffie loves Star Wars?" says Kimmy. "Let’s post this Star Wars trivia page here in the HUB and then invite her to test her knowledge. Do you think she will get them all correct? Hey how about we ask all Star Wars fans to also test your knowledge. It’s just a fun thing so please share and discuss here."

Chewy is so excited to learn that LadyRaffie loves Star Wars because he does too. 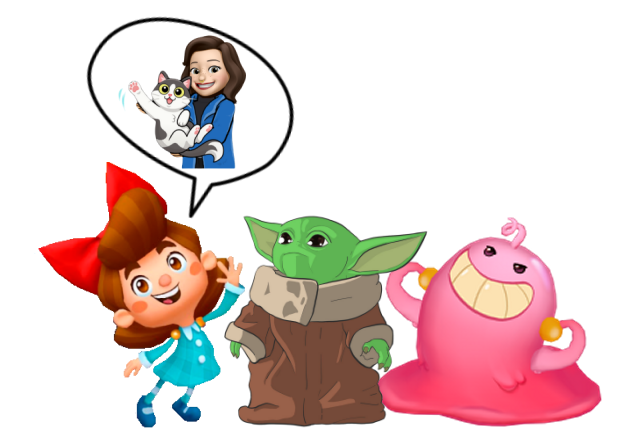 1.- What happened to Anakin Skywalker during the battle with Count Dooku?

A.- He lost his left leg

B.- He lost his right arm

C.- He lost his right leg

2.- According to the Emperor, what was Luke Skywalker’s weakness?

A.- His faith in the Light Side of the Force

B.- His faith in his friends

C.- His lack of vision

D.- His resistance to the Dark Side of the Force

3.- Which Star Wars film has this quote: “I’ve been in this fight since I was six years old!”

B.- Star Wars: The Rise of Skywalker

4.- What did Owen Lars tell Luke Skywalker about his father?

A.- He had been a Jedi Knight

B.- He had been a Sith Lord

C.- He was a navigator on a spice freighter

D.- He was a fighter pilot

5.- When we see him again in The Force Awakens, after many years galavanting around the galaxy with Han Solo, how old is Chewbacca?

6.- What are the creatures, living on Endor, that helped the Rebel’s to defeat the second Death Star?

7.- What was the original title for the Star Wars movie?

B.- Adventures of Luke Starkiller

C.- The Adventures of the Jedi

8.- Who delivers the final blow that destroys the second Death Star?

A.- Han Solo with an X-Wing

B.- Luke Skywalker with a Speeder

9.- Who says: “We are the spark that’ll light the fire that’ll burn the First Order down.”

A.- “Please, I’ll give you anything. Anything you want!”

B.- “We’re losing power. There seems to be a problem with the main reactor.”

Do you know the answers to these questions below?

11.- What was Luke Skywalker’s original name in an earlier draft of Star Wars?

12.- Who is the original actor of Chewbacca?

13.- How many engines does an X-Wing fighter have?

14.- Who freed Princess Leia from her chains at Jabba’s palace?

15.- How old is Yoda when Luke Skywalker returns to Dagobah to complete his training?

Check out all three Star Wars messages that I just posted:

May the 4th be with you!

***Update, for those of you who want to know the answers to this I am attaching a pdf which will offer you all the answers***