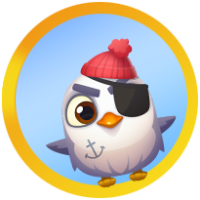 I just completed level 1801, it was a challenge round. I had also just won a challenge round before that. I was given "full lives" as a reward from one of the stars I earned, then I beat the next level and won the challenge on 1801, received only 2 stars and one of my rewards was full lives again. I don't think it's fair to be rewarded full lives again and not be able to use them. it's hardly a reward, they don't get added on, they don't get banked, so i lose out because one of the stars I earned from the round was "full lives" which I already had.