Member of the Month- February 2020- Spinnifix 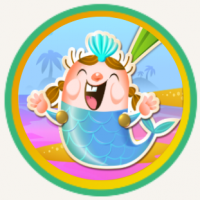 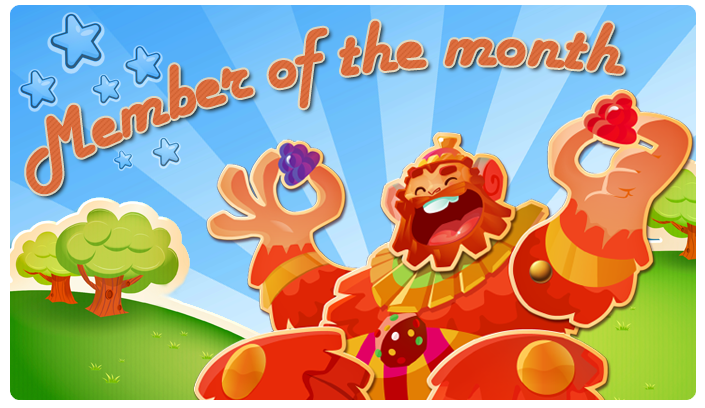 This is a very special Member of the Month; someone who has learned to transform frustration into initiative, who has understood that if you want to change the world, you must change your attitude first! Thank you for showing us that everything is possible if you are willing to improve, to help and to love. As your signature states: Where there is a will, there is a way. ❤️❤️❤️

@Spinnifix , you have been awarded the very exclusive Member of the Month badge, a permanent entry in the Community Hall of Fame and 200 Gold bars to your favorite game- I'm sure you'll use them wisely 😉

🎤 As usual, we've given the mic to our Member of the Month so if you want to hear more about @Spinnifix - here she comes!!

Which of King's games are you currently playing and what do you like about them? Which is your favorite?

I am currently playing Candy Crush, since I started in King it was the first game. I came through Royal Games, where I still play. I also play Candy Soda, which made me buy the tablet because I got stuck at level 721. And when I played for the first time on the tablet, I passed it. It was a miracle. I now also play Candy Friends, the game is very nice, with the different characters that you unlock there. It's fun. I am trying to get to the 1000 level soon to join the badge club. I still have 4 levels ahead of me. In Farm Super Heroes, I have more fun than in Farm Heroes. Gathering the acorns and creating large fruits....there is the wind that pushes the fruit back and forth.... I've been waiting for new levels in Papa Pear for a long time, if there are any, I'll buy another tablet with the mouse. Since I can only play it that way, because the Flash Player will be switched off at the end of the year.

What is your best memory of King games? And in the Community?

In the community? I always complained. It's all messed up and you're being sent back and forth. But now it gets better.

What do you expect from the Community?

The question: what do you expect from the community, I can not answer directly, since there is progress and it is getting better. That was what I wanted.

What I like best about the community: That you are there and made it easier for me and that I was able to clarify something in German. It was very helpful. ♥

If you could change something about King (games, Community, etc.), what would it be?

I have a lot of ideas. I like that the Community is friendlier, with the design of the community and also the profiles of the players. Easier and more personal and color-friendly. That the flag - country is deposited for each profile. Perhaps one could develop more sagas. I would have something similar to Papa Pear, because it would be something very unusual ans special.

You could start a poll about what players would like to see in new games, for example, because some only play a saga.

How did you find out about the Community?

It's just very simple how I found out about the community. Because I was in KC and made many suggestions and wrote many emails to customer service. It was then said that the chat would be removed and that there would be a change. And that there would be a community then, and only in English. I was angry with that and wrote a very long email to customer service. I was told "thanks for the feedback and I will forward it." That was years ago.

Do you want to say anything else?

That it would be nice if the support could answer every email. This is simply part of the service. I wrote about 3 times and never received an answer. You only get one standard email. That doesn't help anyone. If the request is not stored there. I had my ups and downs here and am now adjusting to keep the scales.

You can always contact me and I answer too !!!

It's time to show her some love below!!👇️