October 31st: Halloween — or All Hallows’ Eve, to give it its spookier name. Just an excuse to wear a costume? Or, for one night a year, do spirits walk among us?

The Celts certainly thought so — and many of our own holiday pastimes stem from the methods they used to keep Halloween ghosts at bay. Others, like bobbing for apples, evolved from Halloween rituals for matchmaking and divining the future.

During Celtic times in Ireland, according to Tim McMahon, associate professor of history at Marquette University, Samhain (SOW-in), or summer's end in Old Irish, marked the end of summer and the harvest and, during nights lighted only by flame, the beginning of long months of scary cold and darkness.

On the night of Oct. 31, the boundaries between the earthly world and the world beyond were believed to blur, allowing spirits and ghosts of the dead to pass more easily from one world to another.

As you carve your pumpkin, don your costume and mask and wait for the hordes of witches and goblins to arrive, you may not realize that your holiday attire and jack-o-lanterns are protecting you from ghosts that roam the earth on Halloween.

You might also not know that many of our cherished Halloween traditions — from bobbing for apples to wearing costumes to trick-or-treating — originated with Celtic attempts to avoid evil spirits or from the folk traditions that followed.

Most people dared not leave their homes on Samhain eve. In addition to encounters with unwelcome spirits, they believed they might fall prey to the music of the Little People, whose enchanting sounds could lure them into the underworld, where — unless their jackets were turned inside-out or they wore iron pins as protective talismans — they might be trapped for eternity, explained John Gleeson, director emeritus of the University of Wisconsin-Milwaukee Center for Celtic Studies. Those brave enough to go out disguised themselves with masks and costumes to avoid recognition by spirits.

Added McMahon: “Sometimes those in costume would knock on their neighbors’ doors and receive a little food, almost anticipating trick-or-treat.”

Food also was left outside homes “to placate the spirits from the otherworld, and an extra place was set at the table to welcome ghosts of loved ones,” said José Lanters, professor of English and co-director of the Celtic studies center.

Divination was an important part of Samhain. According to Gleeson, this was the best time of year to foretell the future. Games were played and foods eaten in an attempt to predict one's fate in the coming year. 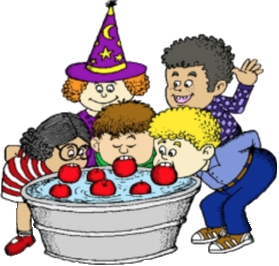 Whoever got the first bite when bobbing for apples would marry. In more recent times, and continuing to the present day, charms were wrapped in paper and mixed into colcannon (a mix of mashed potatoes and kale) or baked into barm brack (a dessert bread), the two foods traditionally served in Ireland on Halloween. A ring signified impending marriage; a coin foretold wealth; a thimble, spinsterhood; a button, bachelorhood; and a pea or bit of cloth, poverty.

In modern Ireland, Halloween is a time for celebration and high jinks. For Andrew Kincaid, assistant professor of English and Celtic studies at UWM, Halloween was a night of mischief and mayhem. To him and his pals, growing up in Dublin in the ’70s and ’80s, the bonfire was the eagerly anticipated main event.

Preparations began a month before the holiday, when “raiding parties” composed of children began gathering fuel for the fire. Although discarded pallets supplied the bulk of the wood, garages were searched, building sites scavenged and fallen tree branches collected. Almost anything was fair game, including sofas and other items left at the curb. The spoils were carried to the bonfire site and thrown onto the growing pyre. 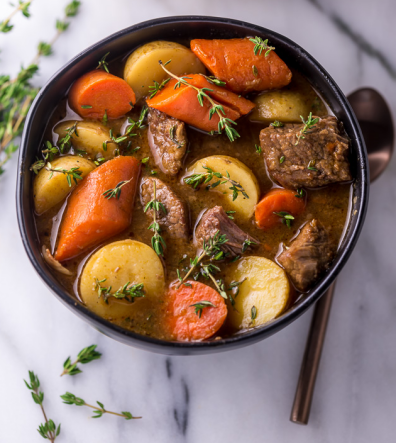 Adding to the anticipation, trips were made months ahead to the open-air Moore Street Market in downtown Dublin to procure illegal bangers (fireworks) and sparklers. Unable to contain their excitement, children began setting these off several nights before Halloween and continued their pyrotechnics through the holiday and for several nights after. 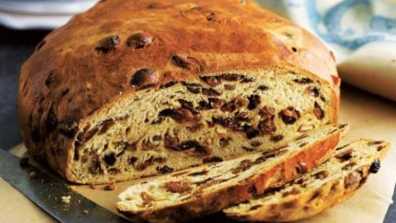 A few days before the holiday, the barm brack was baked. As members of Kincaid's family passed by the loaf, they’d give it a squeeze hoping to determine the location of the ring hidden within.

On Halloween night, dinner, which included the brack, was eaten, after which children dressed in costumes and went house to house, soliciting fruit, nuts and small puzzles and games. Candy was a rarity.

This was followed by a period of “messing around,” Kincaid said, during which children roamed the streets with their friends, playing pranks (putting firecrackers in mailboxes was a favorite), and making and accepting dares — all the while thrilled by the possibility of danger lurking around every corner, and enjoying the feeling that the “world was turned upside down for a night.” 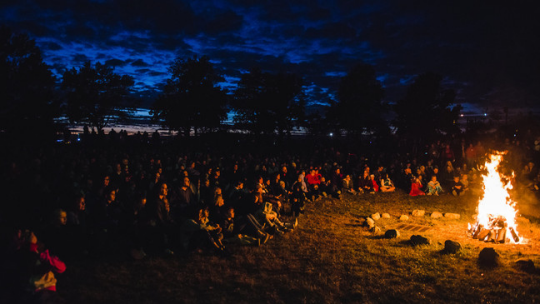 When the opportunities for mischief were exhausted, everyone drifted to the huge bonfire. They circled the flames, sang songs and told ghost stories. Hours later, when the fire burned out, they headed to their homes, where they played games, watched scary movies and told more stories.

At midnight, the hour when the power of the supernatural was strongest, divination games were played, including the peeling of apples which, when the peel was dropped, would form the first letter of the name of a future marriage partner. Exhausted, they finally fell into bed. Nov. 1 was a day for viewing the carnage, tidying up and swapping stories at school. (Source)

Who wants to join in?

Just find out some fun facts about Halloween and post them below.

Let's get in the mood for Halloween.