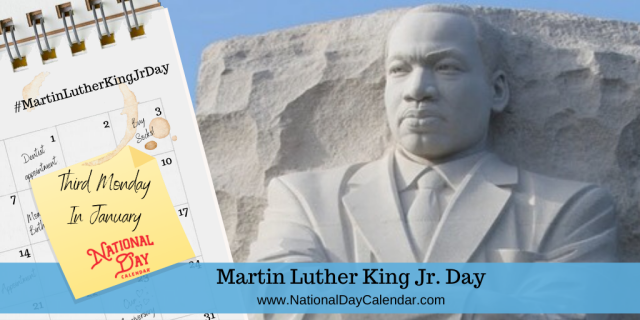 Education - A gifted and friendly student, King attended Morehouse College, earning a B.A. in sociology. Combining a passion for racial equality with a rediscovered spirituality, King then attended Crozer Theological Seminary, following in his father’s and grandfather’s footsteps earning a Bachelors of Divinity.

Shortly after completing his Ph.D. in theology at Boston University in 1955, a 42-year-old Rosa Parks refused to give up her seat on a bus in Montgomery, Alabama. The opportunity for the NAACP to bring their civil rights efforts to the forefront was before them, and they chose King to lead the successful city-wide boycott of the Montgomery transit system.

Young Civil Rights Movement - Just over a year later, King and over 60 other ministers and activists founded the Southern Christian Leadership Conference. Together, they coordinated nonviolent protests and gave the young civil rights movement a voice.

Through the next twelve years, King would be influential in organizing marches, sit-ins, and political rallies for civil rights. For example, during a 1963 March on Washington, D.C. for Jobs and Freedom, King spoke before more than 200,000 regarding the challenges African Americans face. His “I Have a Dream” speech has gone down in many history books as one of the greatest speeches ever given. Brutally honest, with a call to action and a vision of hope, King’s speech resonated throughout the nation.

Selma - In early 1964, 1,500 men and women met a wall of state troopers during a march outside Selma. There, King led the marchers in prayer and avoided any confrontation with authorities. On July 2, President Lyndon B. Johnson signed the Civil Rights Act of 1964, outlawing discrimination based on race, color, religion, sex, or national origin. That same year, King became the youngest recipient of the Nobel Peace Prize for his unswerving work in the Civil Rights Movement.

In early 1965, Selma, Alabama, became the center of the Civil Rights movement. Congress introduced new voting rights legislation. It proposed banning literacy tests and mandating federal oversight where tests were administered. Additionally, it gave the U.S. attorney general the duty of challenging the use of poll taxes for state and local elections. Televised violence in February of that year resulted in the death of Jimmie Lee Jackson. King’s presence and President Johnson’s support of the marchers helped bring peace. Throughout the next month, marchers continued between Selma and Montgomery. Congress passed the Voting Rights Act in August of that year.

Author, speaker, father, theologian, activist, King died on April 4, 1968, when James Earl Ray assassinated him in Memphis, Tennessee. King arrived in Memphis with other SCLC members supporting a sanitation workers’ strike. They stayed at the Lorraine Motel, and Ray’s bullet struck King on the balcony. Riots and violence would follow, and President Johnson would call for peace, referring to King as the “apostle of nonviolence.”

While President Ronald Reagan signed the observance into law in 1983, Martin Luther King Jr. Day was first observed as a U.S. federal holiday in 1986.

Q. Is Martin Luther King Jr. the only American honored with a federal holiday?

A. No, but Martin Luther King Jr. is part of a select group of three men who have been honored with federal holidays. The other two are Abraham Lincoln and George Washington.

A. Yes. Martin Luther King Jr. became the youngest recipient of the Nobel Peace Prize in 1964.

A. No, but King did show his support for the Freedom Riders in several ways. In 1961 during the Civil Rights Movement, a group of young Black and White college students took to riding interstate busses to force the issue of desegregation. Angry crowds often met these busses, attacking the Freedom Riders. At least 60 Freedom Rides were conducted throughout the South, affecting change that caused the Interstate Commerce Committee to enforce its ruling six years prior that denounced the separate but equal doctrine. (Source)