The message for today - have a good laugh!

👨‍👩‍👦 New to the Community? Register here in just 2 seconds!

Continuing on with Thanksgiving I found some funny jokes to share with you.

A man goes to his girlfriend’s parent’s house for Thanksgiving.

He’s really nervous as this is his first time meeting her family and he’s not sure what to expect. In fact, he’s so nervous that it’s giving him gas.

While they’re sitting there watching TV in the family room it isn’t so bad because the the football game is on and it’s kind of loud. Also, the parent’s big old dog Harold is licking his balls and everyone can hear that. So he can sit there and fart into the couch without anyone hearing a thing.

But then everybody gets called into the dining room and he still has really bad gas, though he relaxes a little when the dog moves under the table to continue licking his balls.

After a while he just can’t hold it in anymore and to his horror the fart comes out with enough force to rattle the silverware. Nobody says anything for a moment before the mom yells, “HAROLD! Get out of there.”

The dog slowly comes out from under the table and goes back to the living room.

The guy is amazed as everybody goes back to eating and talking, they think the dog did it.

A little while later he feels another fart coming, bigger than the first. He looks around and realizes the dog is back under the table licking its balls again. So he relaxes and lets the gas go. This one shakes the table so hard some of the silverware falls off.

Everyone is quiet. Then, the mom again yells, “HAROLD, get out of there!”

The dog obediently goes back to the living room. 20 minutes pass and they are about to start on dessert when he feels the mother of all farts trying to punch its way through his colon. He’s really stressed but a quick glance confirms the dog is back under the table!

Feeling confident he just lets it free. It shakes the silverware. It shakes the table. It shakes the windows. And suddenly everything is quiet. Until the mom yells, “DAMMIT, HAROLD. Get out from under that table right now before he poops on you!” (Source)

Bob and Martha have been married for 15 years.

Each and every morning of those 15 years, Bob has woken up, farted loudly and proudly, rolled over onto his back and got out of bed to go to work.

And each and every morning for those 15 years, Martha has said to him disgustedly, “One of these days, you’re gonna fart your guts out!” But this has had no effect on Bob as he has continued merrily with his routine each morning.

Martha is totally fed up with this and then one Thanksgiving morning when she got up early to get things ready, she got an idea while preparing the turkey.

Before Bob got up, she crept upstairs and placed the turkey innards in his pajama bottoms, giggling to herself as she did so.

A little later that morning, Bob woke up and went through his usual morning ritual with glee. Martha heard a scream as Bob jumped out of bed and ran into the bathroom.

She laughed to herself, but when Bob didn’t reappear from the bathroom for a long time she started to get concerned.

So she ran upstairs, and was just about to knock on the bathroom door, when Bob opened it and came out, pale as a ghost.

He said, “You were right, honey, you were right. I did fart my guts out, but by the grace of God and these two fingers I got them back up there again.” (Source) 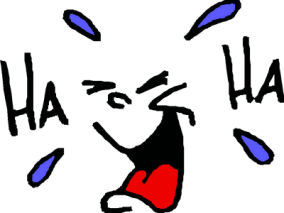 The day before Thanksgiving, a guy in Phoenix calls his son in New York and tells him,”Son, I’m really sorry but I have to tell you that your mother and I are splitting up. We can’t live with each other any more.”

The son is distraught and shouts down the phone at his father, “Pop, what are you talking about?”

The father replies, “It’s just that we can’t stand the sight of each other any more. And I’m sick of talking about this, so will you call your sister in Chicago and tell her?”

The father than hangs up, and the son frantically calls his sister, who’s equally distraught and exclaims, “Like heck they’re getting divorced! Leave it to me, I’ll take care of this.”

So she calls her father and shouts down the phone at him, “You are NOT getting divorced! Don’t you dare to do a single thing until I get there. I’m calling my brother, and we’ll both be there tomorrow. Until then, don’t you dare do a thing about this. Do you hear me?”

She then hangs up, at which point the father hangs up his phone, turns to his wife and says, “Okay dear, they’re both coming for Thanksgiving and paying their own way.” (Source) 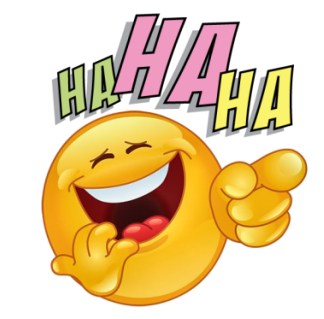 Now it's your turn. If you would like to share some jokes, riddles or knock knock jokes about Thanksgiving this is the place to do it!