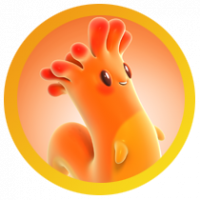 For some reason my Monkey won't move down to the next level. It was working earlier but stopped. No matter what I do. It won't go to the next board. Update. It's moving But it take over 5 times (hitting them) for the flower eaters to disappear. Also you only get 10 orange candies most of the time. There is NOTHING easy about this level. Don't expect the fishes to help you also. It takes 15-20 moves alone to get to the first board and you have to get through 3 boards with only one chance to make 3 monkies. Until you get to the 3rd board and you have already run out of turns. Your boosters won't help much either. Because the fishes don't go where they are suppose to. Sorry guys. The others levels it's up to the computer. This one you better have a few lollipops to get through if you game doesn't freeze.