Join us for the Royal Championship here! 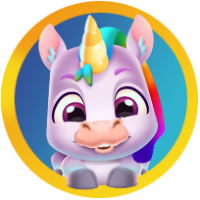 "I wish you good fortune in the wars to come."

The Studio implemented this