All Star is Unfair 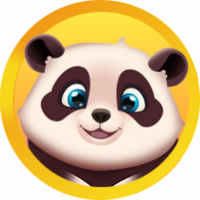 The "all stars" game is incredibly unfair. The higher the level the harder it is to not only win but to get large amounts of any 1 color. For example I played level 54 on repeat for the first qualifying round because I could easily get 2,000+ stars in one try. So, a new player on level 54 gets that but X10, which of course takes me 10 games to get the same amount since I am way past that level. My current level is 8,212. When I complete a level that high, I am averaging 200 starts, so X10, which sounds good until you think about how lower level players are getting way more return for their play. Meanwhile, I am back to same amount as if I had played lower levels which are decidedly easier. This all stars game is rigged for lower level players. I have spent an embarrassing amount of real money playing this game and am on a very high level so it seems very unfair that I am basically locked out of getting into the championship becauselower level players get more stars every round they play. I made it to 7th place in the first round and was excited since I was told the top 10 move on, but it turns out to only be the top 3.