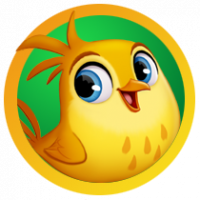 Let me just say first, I am a big fan of Bubblegum Hill. I was very happy to see that it returned today and that I would be able to play it again after a few weeks absence.

Now, let me say that I am really disappointed in the new format for Bubblegum Hill, and in fact, youdon't really get to play it at all, unless you want to pay!! You can'tplay the game unless you have 100 energy, so you have to purchase energy because you are only started at 50 energy. I figured I would wait to see until the energy level increased over time (as in prior BGH games) so that I could finally start playing, but it never did. After 4 hours, I still only had 50 energy.

Then, I figured I would just go ahead and pay. So I purchased 100 energy for 25 gold and had 150 energy. I started the game and it immediately took 100 energy (leaving me with 50). That is an incredible amount of energy to play 1 game with only 3 levels. I played the game and completed the levels and was crowned the winner!! I got a 2 boosters and an hour of play. After about an hour, I was knocked from the throne by another player and was awarded 6 gold. I then tried to play BGH again, but it showed I only had 50 energy (which is what I had started at the beginning of the game) and I needed to pay 25 gold to play again. Really!!!!!!! What a crock!!

Let me know when the other BGH returns instead of this crap! I don't know why you think you have to reinvent the wheel when the wheel works fine! I read other posts from players and my feelings are not alone. You took the fun out of the game and I will not be playing BGH with this new format.