🔥 Sodaliciously Hot Right Now!🔥
Season May is here in two different versions, 🌪 Storm 🌪 and 🧽 Mischief 🧽. Find out which story you have HERE


A Labor Day message from Kimmy and Yeti! 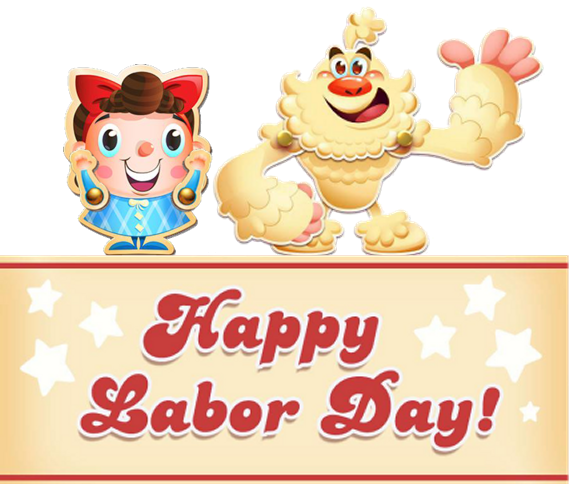 On the first Monday of September, Canadians and Americans will be celebrating Labor Day.  Let’s take a look at how this all began.

In the late 1800s, at the height of the Industrial Revolution in the United States, the average American worked 12-hour days and seven-day weeks in order to earn a basic living.  People of all ages, particularly the very poor and recent immigrants, often faced extremely unsafe working conditions, with insufficient access to fresh air, sanitary facilities and breaks.  As manufacturing increasingly surpassed agriculture,  labor unions grew more prominent and vocal. They began organizing strikes and rallies to protest the poor working conditions and to compel the employers to renegotiate hours and pay.

On May 1, 1886, as a protest in support of an 8-hour workday, thousands of workers around the country went on strike.   The day commemorated the Haymarket affair, which took place on 4 May.  It began as a peaceful rally near Chicago's Haymarket Square before turning violent when a protestor threw a bomb at police.  It was because of this incident that the date of the celebration was changed from May 1 to the first Monday in September.

Canada’s Labour Date also occurs on the first Monday in September.  Its roots date back to 1872 in Toronto. That year, printers took to the streets to implement a legal 9-hour work day; however, the strikers were jailed because unions were illegal in Canada.  As a result of the printers’ arrests, more than 10,000 protestors took to the streets of Toronto. Eventually, Prime Minister Sir John A. McDonald not only repealed the laws prohibiting union activity, but he also released the organizers from jail.  In 1894, Prime Minister John Thompson signed an order officially adopting the date as Labour Day.

Although Labor Day in the US has changed the date to the first Monday in September, 1 May is still honored as International Worker’s Day in many countries.

Now I’d like to hear from all of you.  Please share some fun facts about your country.

1)  Please tell us what country you live in.

2)  Does your country recognize International Workers Day and on what date?