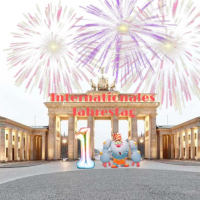 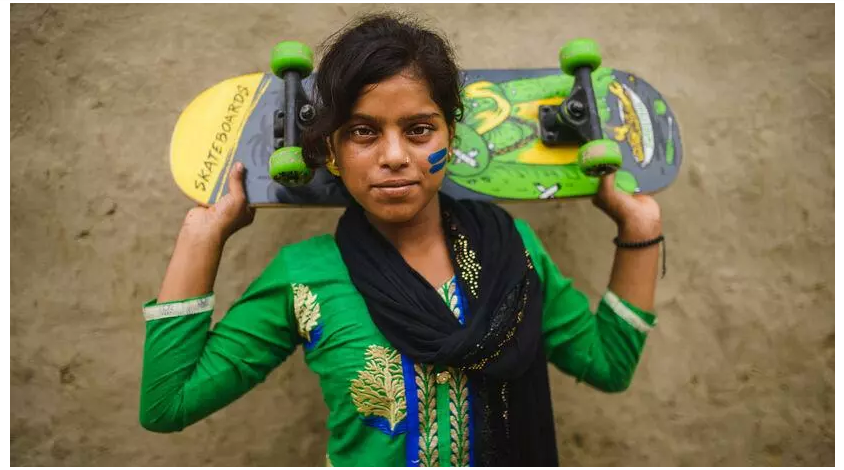 Girls are strong and can make a big contribution as active citizens - if they can exercise their rights. Every year, on 11 October, the United Nations' World Girls' Day, Plan International draws attention to the concerns of girls and the obstacles they face. With numerous actions worldwide, together with our partners, plan action groups and young activists, we are raising awareness of the situation of girls. We draw attention to the fact that girls should be given the same opportunities as boys.

Why do we need a World Girls' Day?

There is a World Children's Day, there is a World Women's Day. Why do we need our own World Girls' Day? The answer is simple: despite all the progress, the world pays far too little attention to the challenges girls face. For example, around 130 million girls worldwide do not go to school. Barriers such as early marriage, early pregnancy and sexual violence make it difficult for them to access education and prevent them from living a self-determined life.

The UN Convention on the Rights of the Child stipulates that girls and boys have the same, inalienable rights. However, they still do not have the same opportunities: In proportion, girls are more often discriminated against and prevented from their free, self-determined development.

World Girls' Day brings these problems and the needs of girls to the fore. Thus, at the international level, an impetus is given to improve the situation of girls. 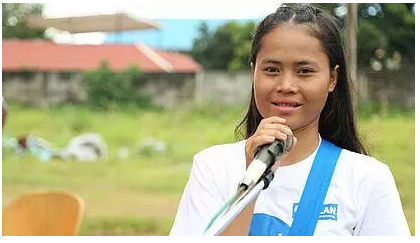 The history of World Girls' Day

In order for the international community to pay more attention to girls, Plan International called for the establishment of a separate international day of action for girls at the UN level. The Bundestag also voted for it across all parliamentary groups.

In December 2011, the United Nations designated October 11 as the "International Day of the Girl Child.". This was a milestone on the road to true equality. Since then, every year on World Girls' Day, numerous actions, such as the so-called takeovers, have drawn attention to the concerns of girls.

On World Girls' Day, Plan International focuses on the leadership potential of girls. Since 2016, we have been promoting the political participation of girls with the help of so-called takeovers. Girls take on key positions in business, politics, the media and society. For one day, for example, they can be speaker of the National Assembly, finance minister, head of a radio station or community leader.

The takeover actions make girls visible in areas where young women and their interests are otherwise rather underrepresented or even invisible. We encourage girls to actively shape and influence their own lives. In the key positions they take, girls inform others about their rights, demand equality, security and political participation.

In recent years, there have been around 1,000 of these takeover actions in the world every year.

# Note: In 2020 and 2021, Plan International is conducting significantly fewer take-over actions due to the global Covid-19 pandemic. These take place predominantly digitally or in compliance with the applicable safety regulations. #

In Colombia, Lismarys took over both the management of the radio station Caracol and the position of president of the TV station Canal 1. She got to know the staff, attended meetings and supervised the production of TV and radio broadcasts. Lismarys called on the media to work for equality and the rights of children in Colombia. 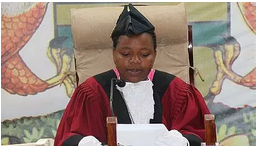 Mwape as Mayor Mwape from Zambia took over as Mayor of Lusaka on World Girls' Day. © Plan International

As mayor of Lusaka, the capital of Zambia, Mwape attended a meeting of Lusaka Municipal Council. There, the 18-year-old stressed that the sanitary facilities at Zambian schools need to be improved to meet the needs of girls during their menstruation. At the end of the meeting, the municipal council pledged to set up washrooms in all schools in Lusaka. 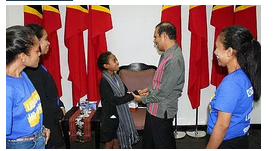 11-year-old Santina took over as Prime Minister of Timor-Leste on World Girls' Day 2018. She wants all girls to be heard and to be able to express their opinions freely. In addition, she campaigns against child marriage, among other things. On World Girls' Day, Santina called for girls to be encouraged to participate politically so that they can become decision-makers. Read the full story of Santina's takeover.

Our Girls Get Equal campaign calls for real equality for women and men. You too can become part of our movement and set an example for equality - the same sign! Take a photo that includes an equal sign and post it on Facebook, Instagram, Twitter or YouTube with the hashtag #GirlsGetEqual. Texts as well as further information and graphics for sharing can be found on our campaign page. How you show your equal sign is up to you.

Many have already responded to our call and posted creative pictures. Here are a few examples:

Every year it turns pink in Germany on the occasion of World Girls' Day. On the initiative of the action groups of Plan International Germany, well-known buildings, landmarks and monuments in Magenta are illuminated nationwide. But this is not the only way to set an example for the rights of girls and to draw attention to the importance of equality. Events and actions are also taking place in many participating cities and the local Plan action groups provide information about our work and our projects for equality. 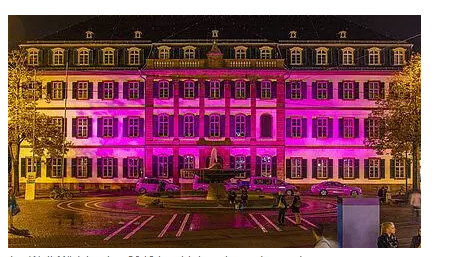 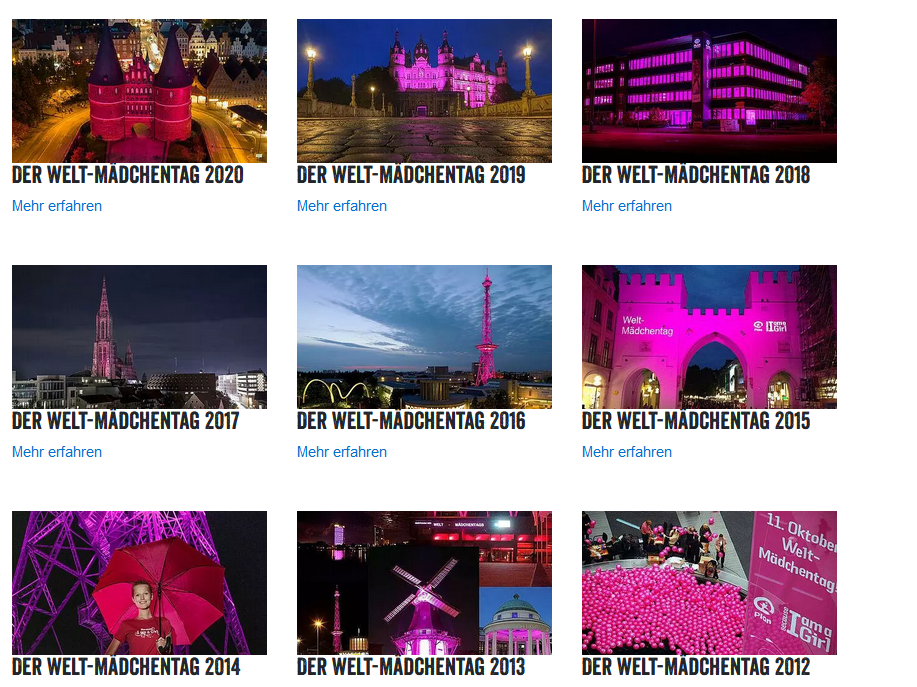 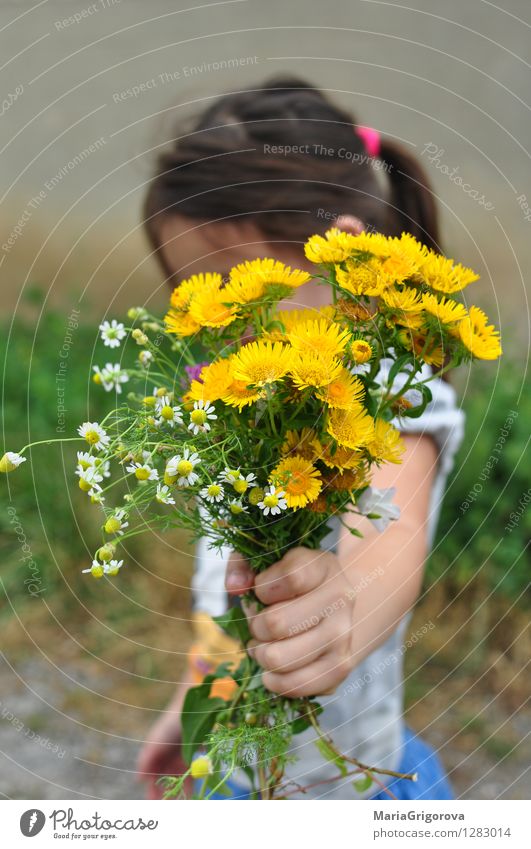