Join Tiffi as she does some Christmas Caroling

Tiffi is getting into the holiday spirit. She loves to sing and this is her favorite time of year.

The History of Christmas Carols - Carols were first sung in Europe thousands of years ago, but these were not Christmas Carols. They were pagan songs, sung at the Winter Solstice celebrations as people danced round stone circles. The Winter Solstice is the shortest day of the year, usually taking place around 22nd December. The word Carol actually means dance or a song of praise and joy! Carols used to be written and sung during all four seasons, but only the tradition of singing them at Christmas has really survived.

The earliest carol, like this, was written in 1410. Sadly only a very small fragment of it still exists. The carol was about Mary and Jesus meeting different people in Bethlehem. Most Carols from this time and the Elizabethan period are untrue stories, very loosely based on the Christmas story, about the holy family and were seen as entertaining rather than religious songs. They were usually sung in homes rather than in churches! Traveling singers or Minstrels started singing these carols and the words were changed for the local people wherever they were traveling. One carols that changed like this is 'I Saw Three Ships'.

Before carol singing in places like churches became popular, there were sometimes official carol singers called 'Waits'. These were bands of people led by important local leaders (such as council leaders) who had the only power in the towns and villages to take money from the public (if others did this, they were sometimes charged as beggars!). They were called 'Waits' because they sang on Christmas Eve (This was sometimes known as 'watchnight' or 'waitnight' because of the shepherds were watching their sheep when the angels appeared to them.), when the Christmas celebrations began.

Also, at this time, many orchestras and choirs were being set up in the cities of England and people wanted Christmas songs to sing, so carols once again became popular in churches and concert halls. Many new carols, such as 'Good King Wenceslas', were also written in the Victorian period.

The most famous type of Carol Service might be a Festival of Nine Lessons and Carols, where carols and Bible readings tell the Christmas Story. (Source) 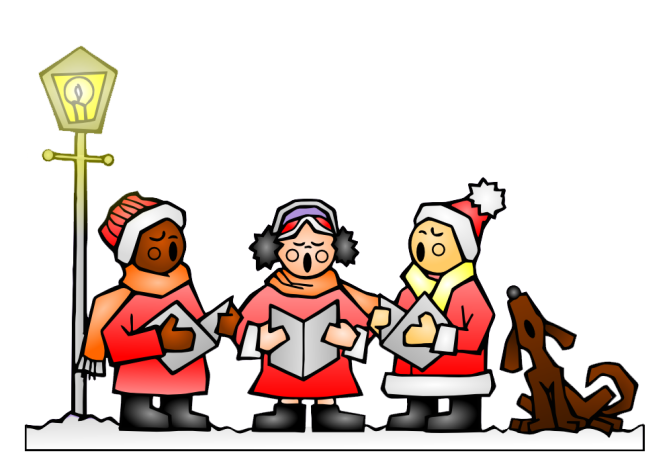 Now it’s your turn! Please share some Christmas carols or share if you ever went Christmas Caroling. What was it like? How did it make you feel?

Just found this image from a previous message and thought that you might be interested in trying to figure out the names of these carols. 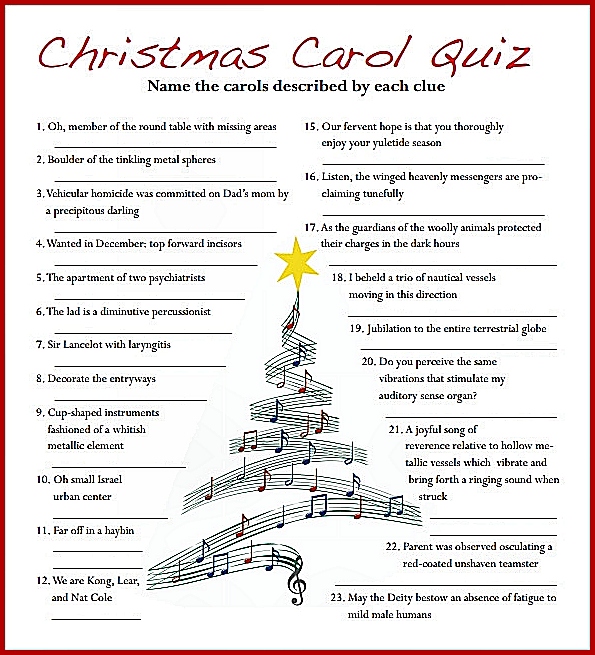