How do clear level 48 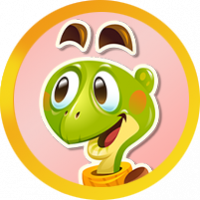 I have been stuck on level 48 for several days

@DieOmimi I do not think I can get to level 101

there were so many people who voted for the wrong thing or did not play the right level. For a contest to have so many put the wrong answers or vote for the wrong thing then something wasn’t very clear. I have been struggling with this game every day, I have a limited amount of time to play blossom blast because I am participating in other events and even in those events I am struggling and having to do levels over and over again.

if someone could explain what to do on level 48 so I can try and get to the flower level.