Tiffi's solution to the puzzle of 2049 in Candy Crush Saga 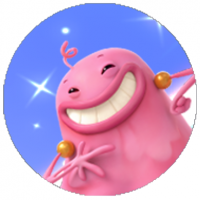 Have you ever played a level and reached the target score, but you didn’t move to the next level?

There’s nothing more deflating than your efforts being dashed after hitting that target, so it’s possible there’s a second criteria which you may not have considered.

Level 2049 is a level where there’s two goals you’ll need to meet to grab that vital star (or three) and move on up the map.

What should I be looking out for?

Unlike other levels where you're aiming for the total score within the number of moves, the banner advises you that you'll need to use all 30 of the given moves.

But wait, there’s pesky bomb candies dropping into the levels!

So what should I do?

Keep these three rules in mind, and say goodbye to the level and power-on up the map!