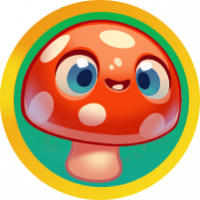 I’ve been playing Candy Crush for years, on and off, and the sheer number of times a game element has been changed, it seems to encourage players to spend money. Ending the constant ‘nickel & dining’ of players might improve gameplay.

Maximizing profit is their right, and seems to work for them. But after so many game alterations that decrease free items, raise the price of daily and weekly deals, make more rewards time based (so you must keep playing after winning them in order to get real value, instead of getting items you can use the next time you play), the piggy bank going from 60 gold to just 30, etc. ad nauseam I feel more like a consumer than a player.

And maybe it’s just me, but the % of games I lose but I a win in one or two more moves is certain (tempting me to buy the five extra moves), is far too high for coincidence (I’m not alleging the game is “cheating”).

Finally, the five lives at a time model has always struck me as unfair - if it’s a free game, sure. But once you’ve paid a certain amount, it seems like you should be able to play the game you paid for whenever you want, like all the other apps out there.

I sometimes get the feeling that a lot of research has gone into every aspect gameplay, like Vegas casinos not having clocks and having all the slot machines ring at a specific pitch, to light up the pleasure centers of the brain and make players more willing to pay to keep the excitement going - but I know that is silly, maybe it’s just how flashy and noisy CC is, like a casino.

I’m in the 8000 level range, have enjoyed playing the majority of the game, but (despite recently joining this great community), But I doubt this suggestion will affect King, I won’t be playing it anymore. Maybe Bejeweled, the original “match-three” app, is still out there