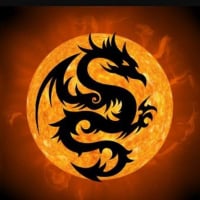 Hi Crushers. As most of you know that candy crush was launched in 2012. Since then it has grown leaps and bounds. It’s a good journey so far for both players and the game itself.

I have an idea that to recognize the player’s efforts and long term association with the game there should be something unique which no other game has done before.

So the idea is that the king should introduce a TROPHY OR SHIELD ( Not Software) but which is tangible ( the players can feel it) on either its 10th Birthday or on the completion of 10000 Levels.

It should be awarded to all the players all over the world who complete that level.

The players will feel proud to have that Shield / Trophy and they will discuss with their friends and families with pride what they have achieved.

Even after 25 or 50 or even beyond years people will remember that they used to play this game and they will tell their grandchildren about that.

Now for the Trophy / Shield should be very very unique and stylish with all the characters of the Game on it. So that it is worthy to preserve.

I hope you guys will like this idea and vote for it.