Kimmy and the bears 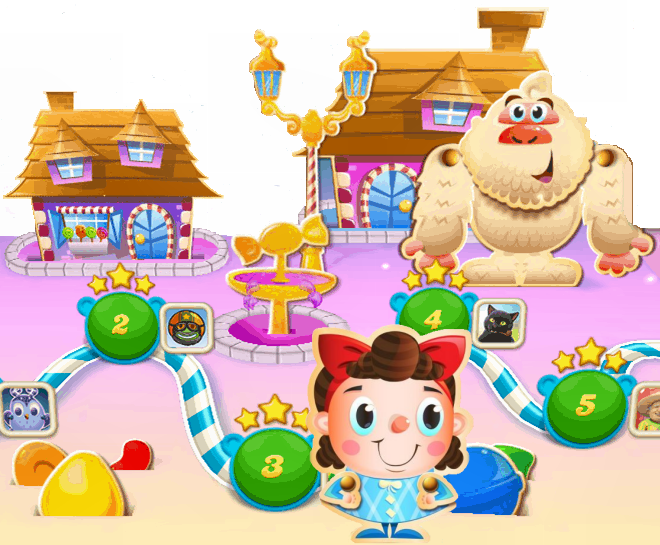 Living in Soda World  is this young 10-year old girl whose name is Kimmy.  She has a younger sister named Tiffi.  Both of them were adopted by Mr. Toffee, however they don’t live in the same town.  Kimmy lives in Soda World and her sister and father live in Candy Town.  Even though the sisters don’t live near each other they are very close and contact each other daily.

Kimmy has some similarities to Tiffi, except she has brown hair and has a red bow holding it in place. She has big hazel eyes, rosy cheeks, and a nose similar to Tiffi's. She wears a blue diamond dress with a white ribbon and white buttons along with blue shoes. Unlike Tiffi, her expressions are not exaggerated. Her diet is the same as Tiffi's (500 Swedish fish per day) and for the same reason (good for her joints). Moreover, she drinks 100 liters of soda a day because it keeps her on her toes.  If the player clicks on her, she'll say "Åh Läskeblask!", meaning "Oh soda!" in Swedish.  Her birthday was revealed to be November 12, on the official Candy Crush Soda Saga Facebook page.  If you want to learn more about her then please visit @Sofia1992’s webpage here.

Now that you have an introduction into Kimmy’s character let’s begin the story.

Let's continue with the next part of our story – What is happening in Soda World?