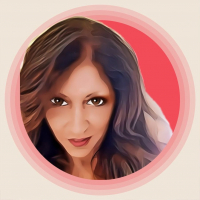 Welcome to the second competition of our Soda Autumn Games!! 🍂🏵

Get ready to compete in an Individual Marathon Race! 🏃‍♀️🏃🏽🏃‍♂️ Stretch those leg muscles and lace up those running shoes! This competition will require endurance during the next two weeks as the competition is underway to see who will pass the most Soda levels!

How to Participate ▶️

Post a screenshot showing at which level your avatar is currently located on the Soda Game Map (before beginning to pass levels).

Then play and pass as many levels as possible.

Before the deadline post a screenshot again showing at which level your avatar is at on the Soda Game Map. 🙌

If you post your Game Map screenshot and then pass even more levels before the competition ends then simply post a new screenshot of your Game Map. All levels passed will count!

Everyone that joins in the Soda Autumn Games 🏃‍♂️Marathon competition🏃‍♀️by posting their beginning and ending Game Map screenshots showing their progress made during the competition will receive a participation badge!

The Top 3 players that complete the most levels will receive Gold Bars! 💫

In the event of multiple players having attained the same top amount of levels passed the first to have posted their progress will be considered the Gold Bar winners.

All those who tie for the top position of the most levels passed will receive the Gold Medal badge.🥇

Any manipulation of Game Map screenshots may result in immediate disqualification.

No editing of screenshots is allowed except for adding your name, initials, or small symbol as long as it does not cover up the level or avatar.

No complaining or whining about being at the end of the Game Map. 😎

Competition runs until 19 October 9am CDT

Want to take part in the Soda Autumn Games but don’t have a Community account yet? Sign up HERE and see you at the Games! 🏵