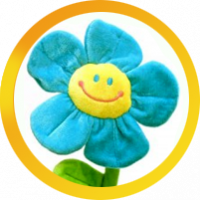 Flowers were first introduced to Pet Rescue Saga, in the Rainbow Road episode, Levels 1498 to 1512 and we've been dealing with them entangling the Pets and boosters in various levels ever since! 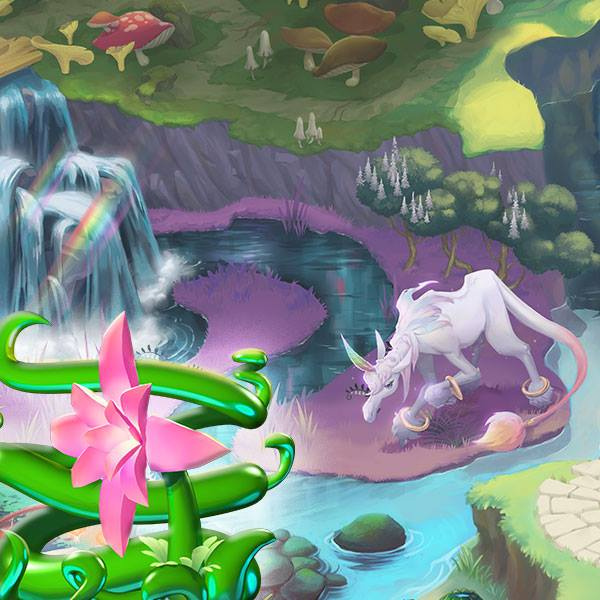 Blue Flowers will capture Pets or boosters by entangling them in vines so they are stuck on the board in that position until freed.

The Flowers open, then shoot vines to catch a Pet or booster that is in the same row or column as them.

Blue Flowers are static flowers and you can see by the way the Flower faces, in which direction it will shoot.

They shoot their vines each alternate move when there is a Pet or booster within the column or row they are facing.

In the picture below (from Level 1511) all the flowers are facing the same direction (upwards) but in other levels they can face differently from each other. 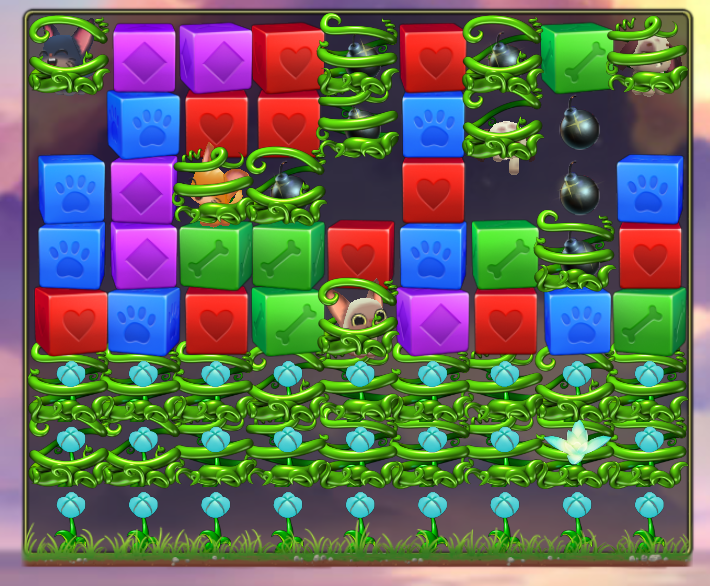 Pink Flowers come into the game in the  Brilliant Rejuvenation episode, Levels 1693 to 1707

These also shoot vines to capture any Pet or booster that is in the path of where they are facing, within two moves.

The big difference with Pink Flowers is that they also rotate (clockwise) the direction in which they are facing!

With each move, the Pink Flowers will turn to face the next position, up, right, down then left.

They are continually moving so that no Pet or booster that stops for two moves within it's range is safe.

The pink flowers pictured below (from Level 1694) all start facing downwards, but as soon as you start making moves they begin to rotate! 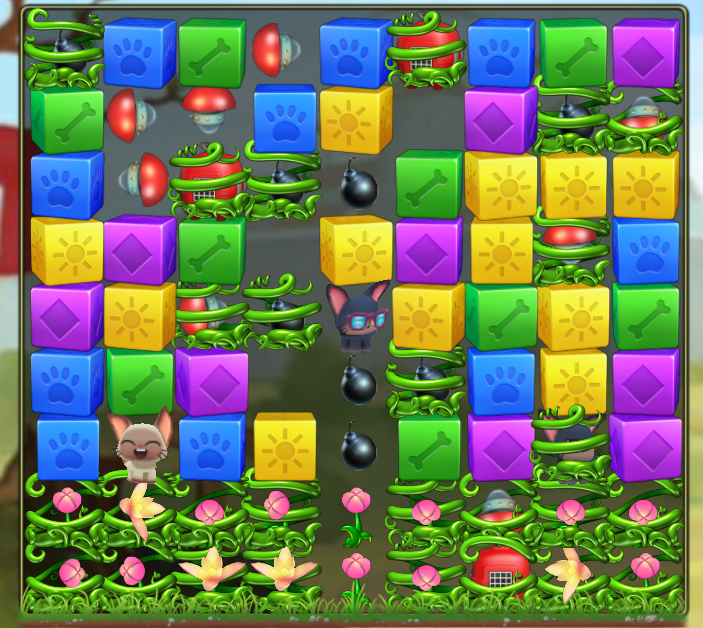 Flowers can be destroyed with bombs, line blasters or rocket boosters. 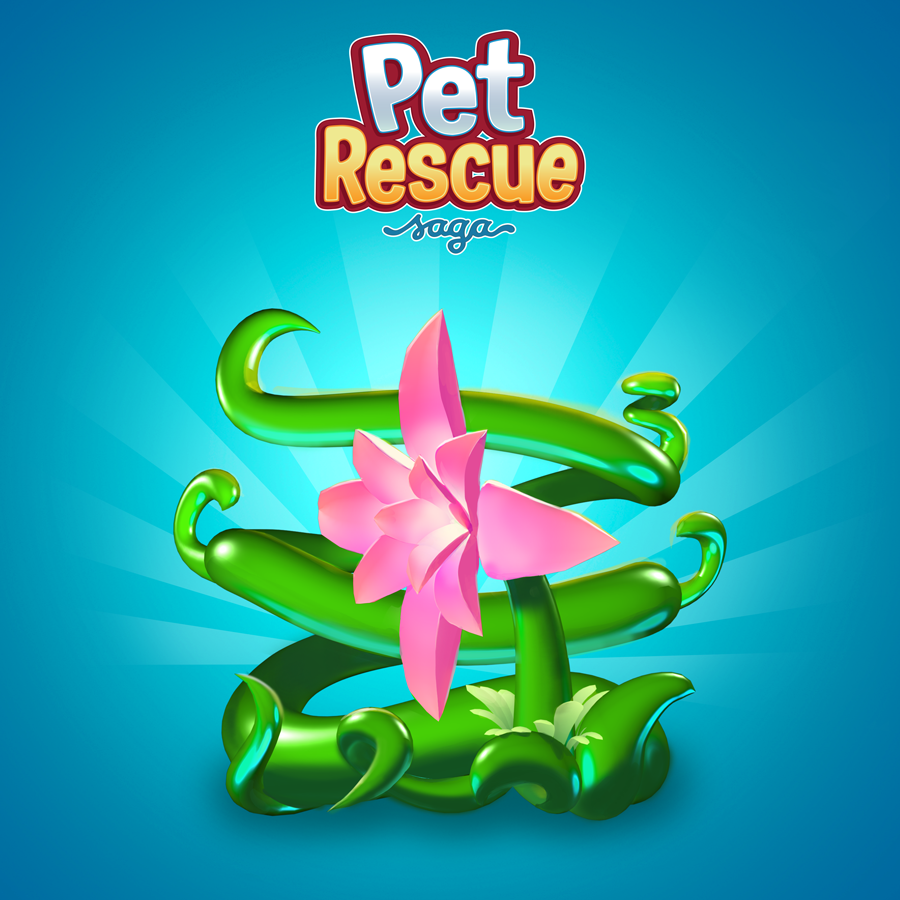 Although the flowers can be frustrating and difficult to deal with, there are actually levels where you can use them to your advantage!

Some Levels appear to be designed so that you need to let Pets get trapped.

This is so you can get more Pets on the board at the same time.

Often in the game a level will only allow a specific number of Pets on the board at any one time, and there is just not enough moves to bring them down.

By letting the flowers trap them in vies they no longer count as being on the board!

So let a few gather in the vines then you can bring them all down by releasing the trapped Pets with a bomb, line blaster or rocket.

You can also use the trapped Pets as 'stepping stones' for a quicker way down the board, by landing the Pets on a trapped Pet or booster, then sliding them to the left.

In this level only one Pet is allowed on the board at a time, so it helps to catch some in the vines and use the in game rocket booster or bombs to save several at a time.

Do you have a favorite, or least favorite Flower Level?

Let me know in the comments below 🌺 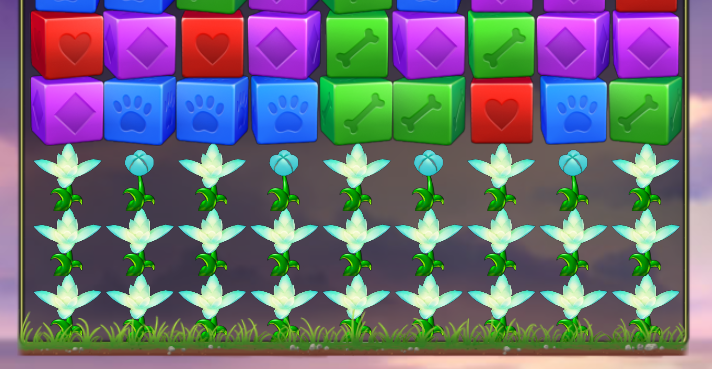