What are your strategies for creating Color Bombs and Coloring Candies?

Color Bombs and Coloring Candies are useful to solve some levels of CCFS and necessary for completing some of the Daily Quests, so how do you do that?

I used two strategies to create CBs and CCs. The first strategy is to make moves that “add a candy” at the end of a striped candy pattern to make a Color Bomb, or at the end of a wrapped candy pattern to make a Coloring Candy. In the first example below I could make use the vertical pattern of cyan candies at the far right to make a striped candy, BUT I saw that if I could just drop that cyan candy in the upper right corner down 1 space, I could make a Color Bomb! Thinking how to do that, I saw that if I moved the orange fish left to match the other 2 orange candies, it would disappear and then the 2 yellow candies would drop down and match the yellow candy that had been swapped with the fish, and all 3 yellow candies would also disappear, and that cyan candy would drop down one space! 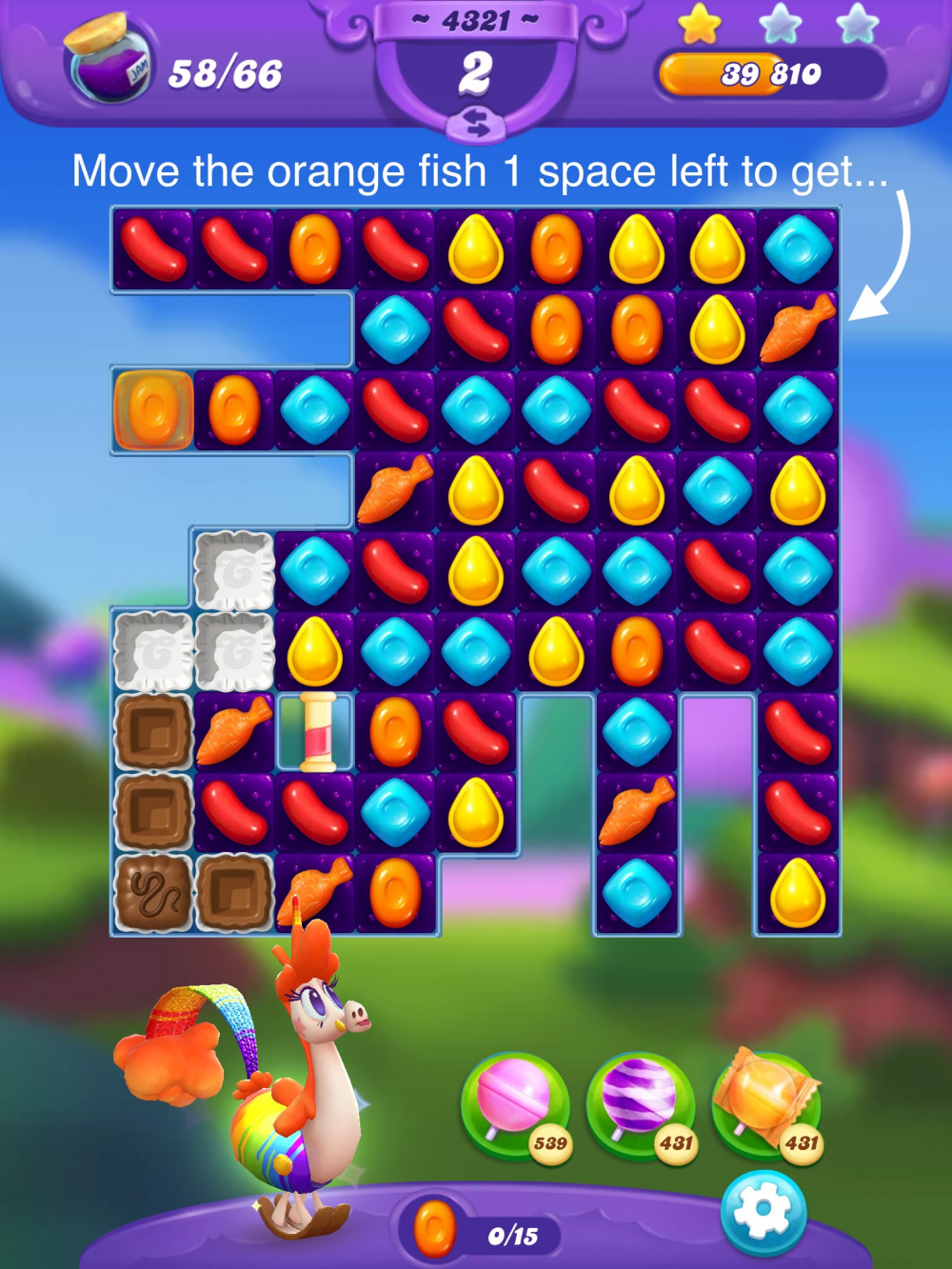 Ok, so after that move I had created the candy pattern for making a Color Bomb from the cyan candies. 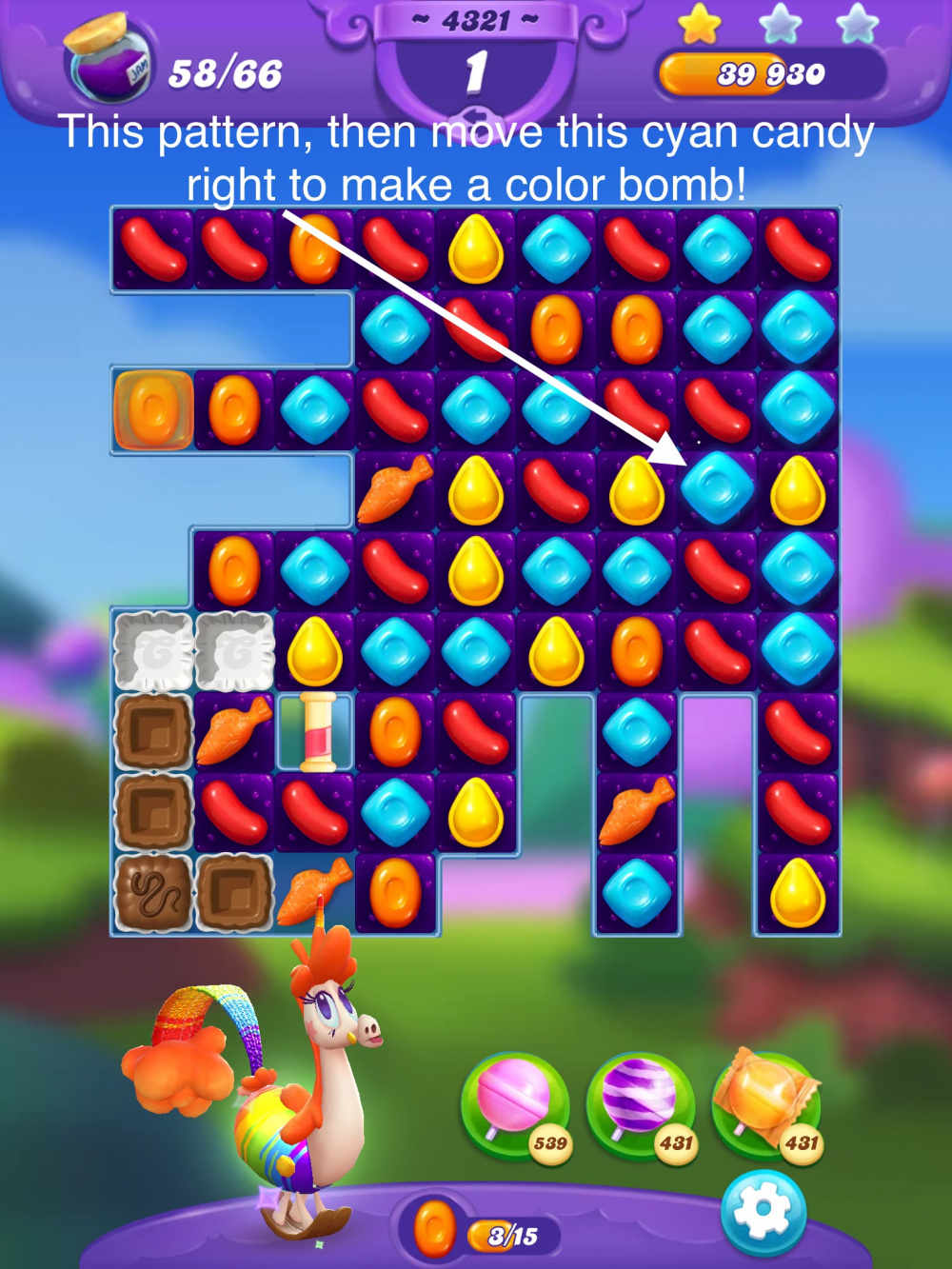 To make a Coloring Candy, you need to “add a candy” to the shorter end of a pattern that would normally make a wrapped candy. In the second example below , I had a pattern of orange candies in the center that would make a wrapped candy, so I had to find a way to “add an orange candy” to the top of that pattern. I saw that if I moved that yellow candy 1 space to the RIGHT, where if would match the other 2 yellow candies in that row, I would be also moving the orange candy next to it 1 space to the LEFT, where it would be directly on top of pattern of orange candies. 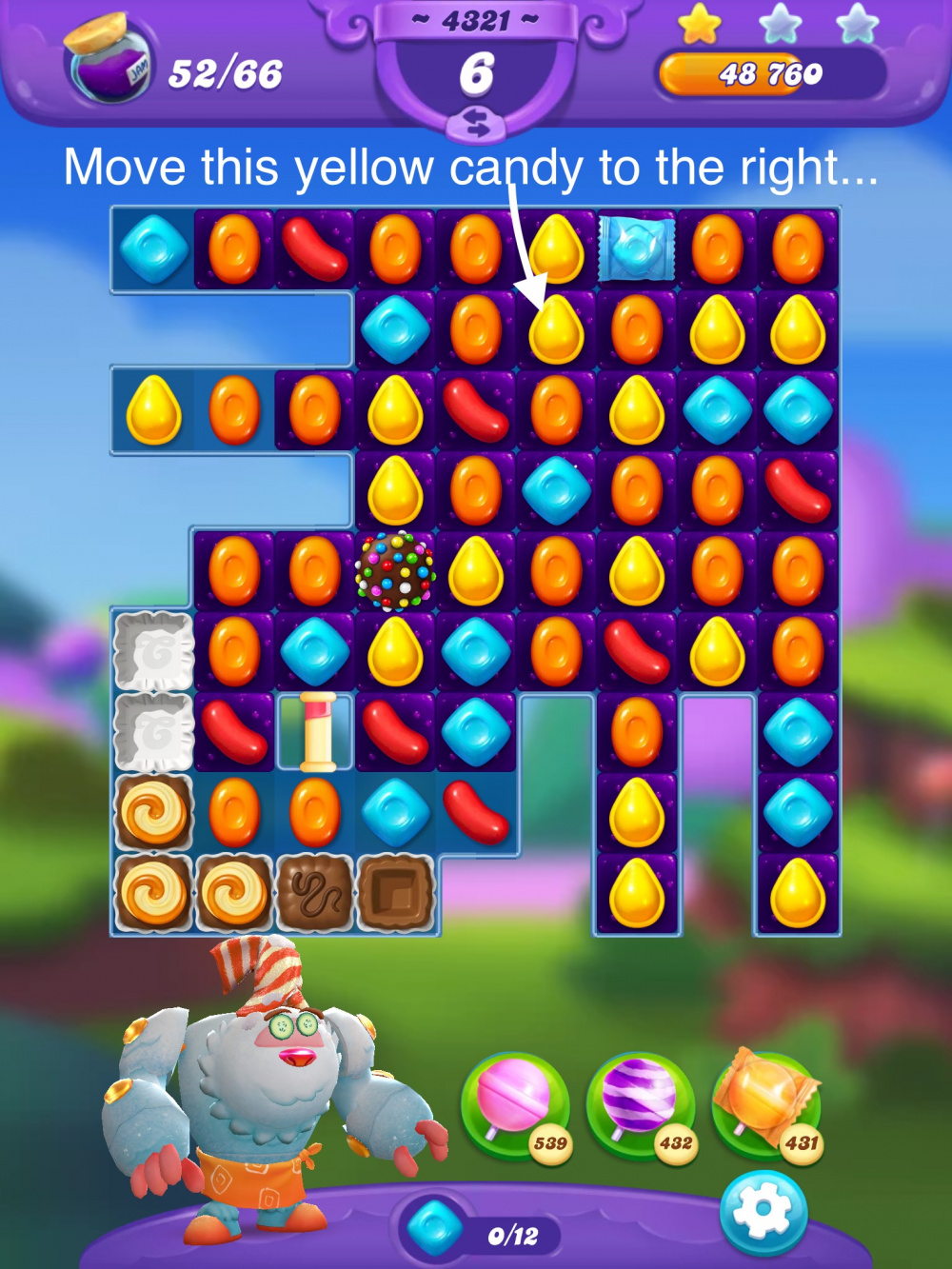 And from the resulting pattern, just moving the center orange candy to the right created an orange coloring candy! 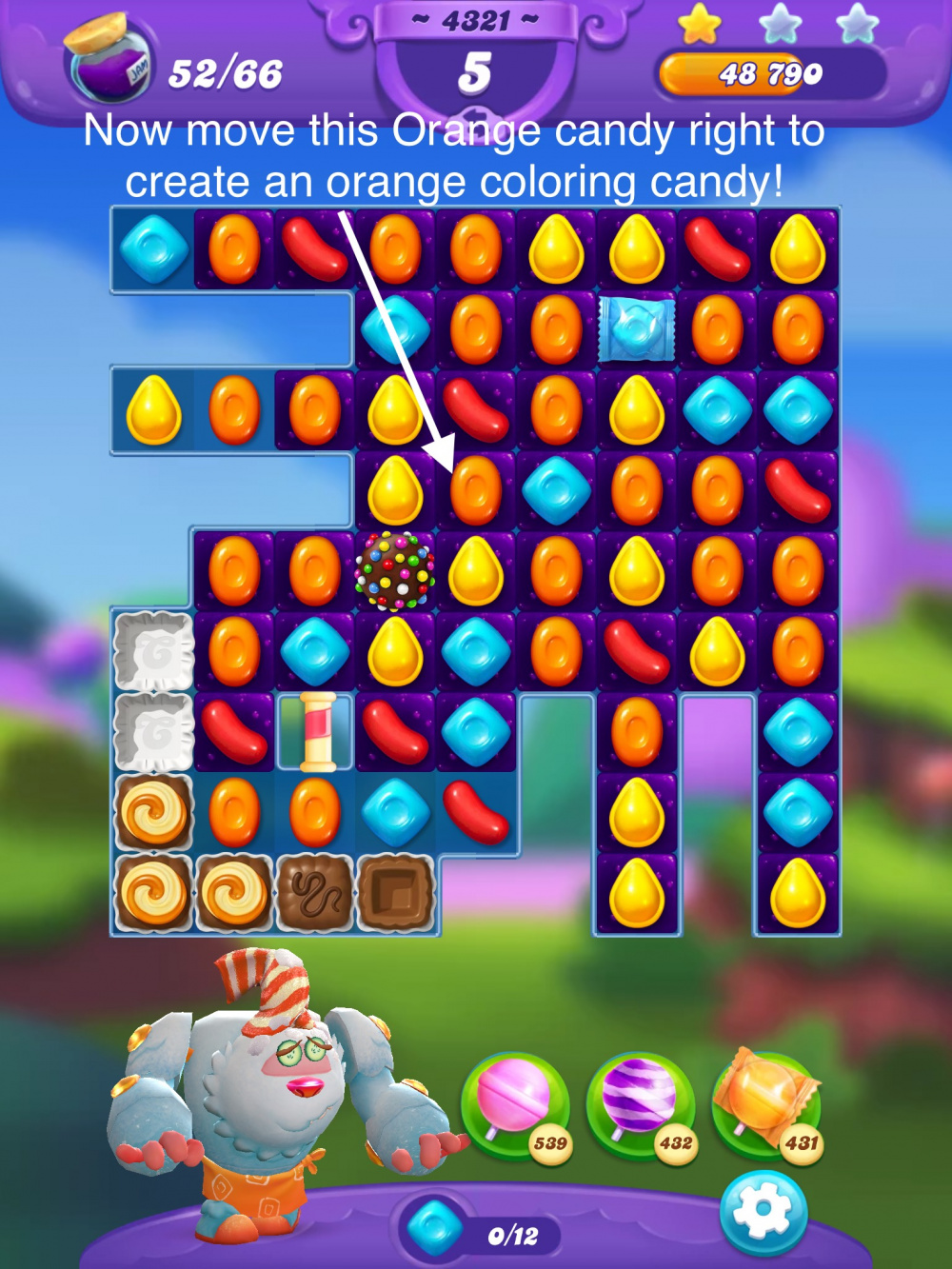 This “add a candy” strategy can also be used when the initial pattern is oriented horizontally—in that case you need to look at how you can match candies below the shorter side of the striped/wrapped candy pattern in order to drop down a candy of the correct color in exactly the correct position. It does take time to carefully inspect the candies to see how you can match and drop things into the correct position, but if you need Color Bombs or Coloring Candies the extra effort of the “add a candy” strategy may create what you need.

How is everyone else creating the necessary Color Bombs and Coloring Candies??