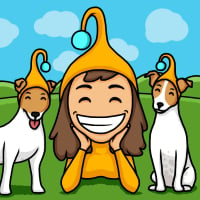 As you will have seen in your game, the 'Build-A-Bot' rewards you for passing levels in-a-row in by making a robot, who adds Boosters into your upcoming levels. Great to help you overcome the challenges ahead! The more you add to Build-A-Bot by passing levels without losing a life, the more Boosters you'll find delivered in each upcoming level.

As with many features we bring to our games, we try them as early as possible as we want our players to have the latest and most exciting features as fast as our creative team can craft them.  In doing so, it can sometimes mean that we'll tweak a feature, to make sure it gives as much value as possible to our players, whilst also serving the intended purpose.

In testing, they detected a flaw in the design of the Build-a-Bot, which meant it delivered outside the way it was meant to work.

So that the overall design and difficulty was kept intact, our engineers worked to put things right. This fix meant that the ability to play use Build-a-Bot on earlier levels was disabled.

We understand this may be a disappointment for players who were able to make use of the feature in a different way than originally meant, but hope they were able to make the most of it to smash through some tricky levels!  Build-A-Bot will remain as planned for activation only on upcoming levels, for the time being.