Games / Candy Crush Saga / Support
📣 ❣️ New character joining the family: Guess who?! Vote for your favourite name and win Gold Bars HERE! // ➡️ 🔔 Don't be shy and say Hi! HERE! // 📣 🍬🍬 #TheCrushIsReal: did you have fun playing it? Let us know HERE!
🚨🚨Are you having this issue in the game? Check out this helpful information first !! 🙌 🍭🍬
🏆🥇Win Gold Bars and exclusive Community badges HERE! // 🗳️ CCS Boosters: Vote for your favorite and tell us why HERE! // 🥳 🥳Celebrate Level 7000 with us and win prizes! HERE! 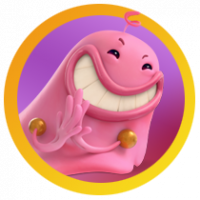 I am normally happy to give out extra lives, tickets, 3+ moves to any that ask, after all it costs me nothing, right? However there is one player in my game that asks for lives constantly, like 5 time a day. This person never gives out lives themselves, or only very rarely. I got so annoyed I stopped giving them lives in the hopes they would stop or at least give a life before asking, but no luck. My messages now have over 250 requests from this one player sitting there because I absolutely refuse to give him or her any more. Does anyone know if there is a way to block a single player without blocking all messages? Or to message a single player and ask that they stop? Or to at least delete their messages without sending them a life? Thanks for any help.