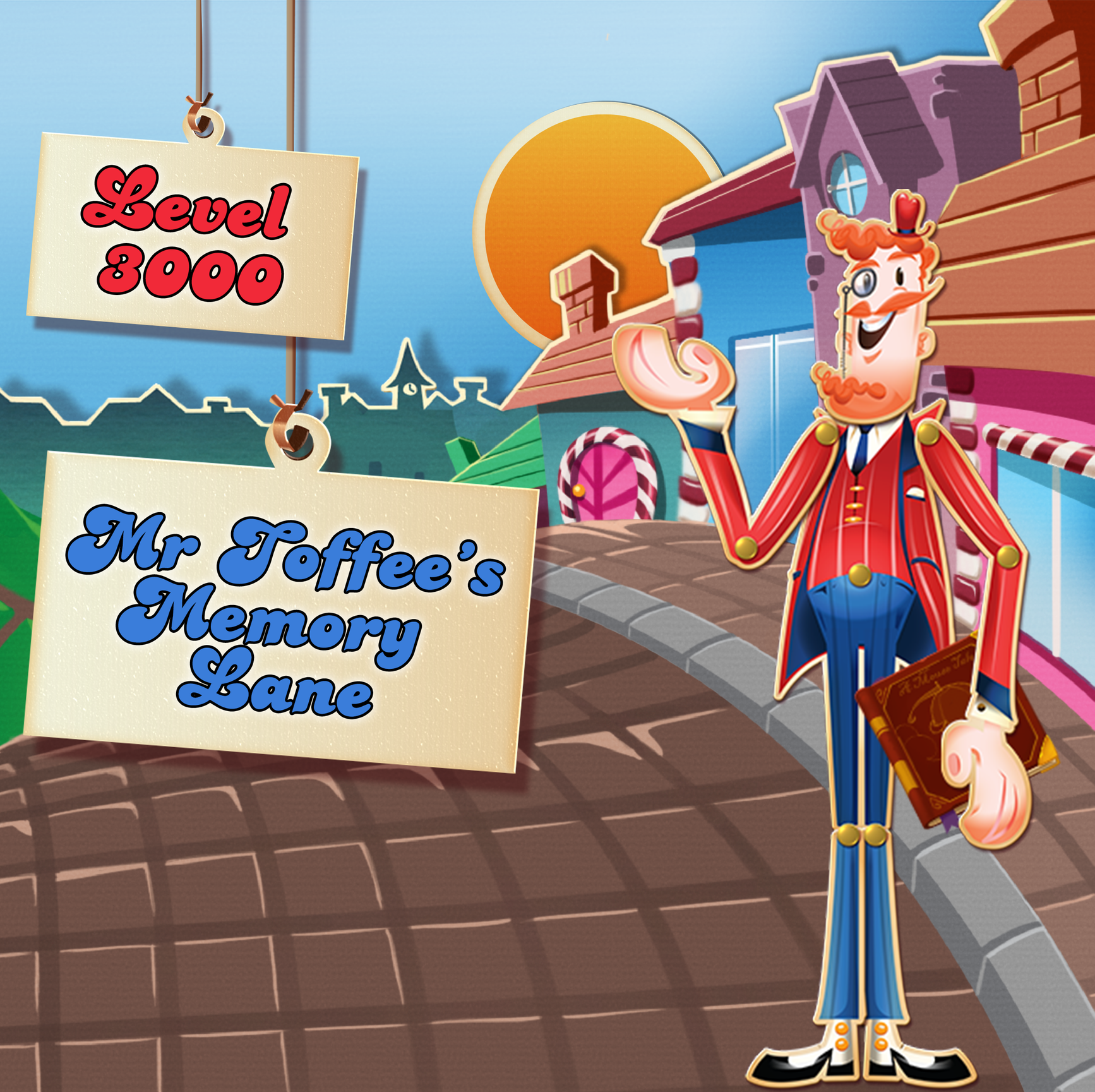 We are heading towards the ten thousand level in Candy Crush Saga. A huge milestone in the game's history!

Before we start the ten thousand sugar rush, let's continue the recap of the game in Mr Toffee's Memory Lane.

The third millennial level was released in December 2017.

This was a year full of new features and new candies and officially gave us all that sweet feeling! 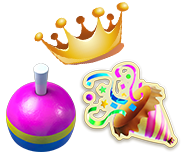 Two new Boosters were introduced in the game in 2017. The UFO and the Party Booster. Two of the most loved Boosters today!

Other new features were the Fish Bobber and the Popcorn that today has been redesigned to the Licorice Shell.

The Golden Crown for completing a level on the first try was another a new feature in 2017.

Let's be nostalgic and replay level 3000!

Play level 3000 and share your score by posting a screenshot of the 'Level completed' message here on the page.

Do you remember what you did in December 2017? Were you already at level 3000 in the game that the year? If you do, please also share your memories in your comment.

All players shared their score from level 3000 will get Mr Toffee's Level 3000 Memories badge. One randomly picked player will also win the Party Booster next Monday. 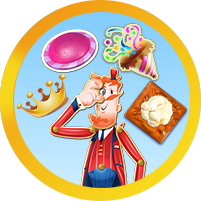 The Bubblegum Troll was also travelling this year in the metro in Stockholm Sweden:

Prev123456789Next
This discussion has been closed.