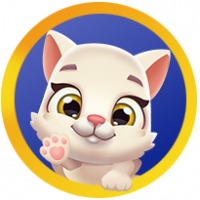 I think would be cool off could play an opponent on side by side screen win so many in a row for boosters. Like do a split screen of an opponent of your choice to see if they will play against you for a competition, if no opponent then maybe play against the computer(maybe like tiff) on a split screen. And then maybe win five games in a row against someone or computer (maybe like Tiff)for boosters. The more you win in a row the more boosters you get.