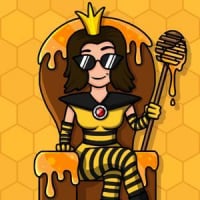 The first-ever Candy Cup is here! Compete to be one of 10,000 global winners and earn 30 Party Boosters!

To celebrate Candy's 10th Anniversary, we're arranging the first ever Candy Cup. Are you ready to crush the competition and bring home the grand prize? The Candy Cup champion will win a month's supply of Party Boosters.

So how does it work?

The Qualifier Round runs from the 15th to the 19th of September and in order to enter you need to collect green trophy candies.

If you didn't make it into the Qualifier Round, you have a second chance to become the Candy Cup Champion by entering the Wild Card Round before the Quarter Final starts.

Do you have what it takes to make it to Quarter Finals? The Quarter Final runs from the 23rd to 26th of September. May the best crusher win!

Everyone deserves a second chance! If you didn't make it through the Quarter Final, this Wild Card Round will give you another chance before the Semi Final starts.

Wow, we're almost there! The Semi Final is running from September 30th to October 3rd.

Last chance! If you didn't win in the Semi Final this is your absolute last chance to make it before the Finals begin...

The moment we've all been waiting for! Who will become the first ever Candy Cup Champion? The Finals take place from October 7th to October 10th so make sure you have all the time you need to crush those candies and take home the grand prize.

Don't miss a chance to celebrate Candy's 10th Anniversary. Check it out HERE!