Analysis, Theories and facts about our favorite Candy Crush Characters - Mr.Yeti (Part 3A)

Sofia1992 Posts: 831 Game Expert
January 30 in Candy Friends Stories
Hi everyone. Welcome to 'Analysis, Theories and facts about our favorite Candy Crush Characters.
Well, the time that all of you waited has finally come. To analyze Mr.Yeti's outfits in CCFS. So, let's begin!!!

In Candy Crush Friends Saga, Mr.Yeti  s the second character that we have in the game. Mr.Yeti is strong with a big heart and he tries all his best, according to the description of the game to overcome his anxieties and control his appetite too via yoga.

His new ability is that if you collect 12 light blue (cyan) Candy, he will put 1 wrapped candy randomly on the board (next to another special candy if there is one).

So, Mr.Yeti appears in all kind of levels: From 'Free the animals' levels until the 'Dunk the cookies' levels.

Now about his outfits:
Well, he has five costumes in total (three can be unlocked in game, one in event and one under certain conditions)

And now it's time to analyse them alittle: 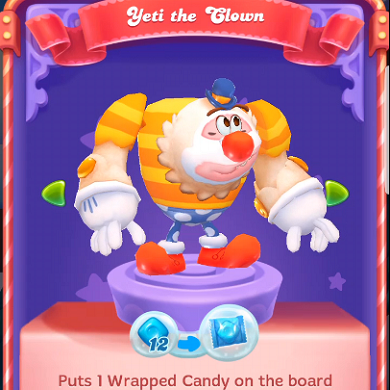 Clown (200 stickers) -> Unlock this outfit from the game
A very funny costume and the first one that you can get in game and it's perfect for beginners.
Costume's Variety: Rare (***)
Special Move Animation:
Yeti in his clown costume will grab a pie and get ready to thow it.. which he does once his candy meter is full.

Victory Dance:
His clown victory dance is the Pennywise the dancing clown dance. 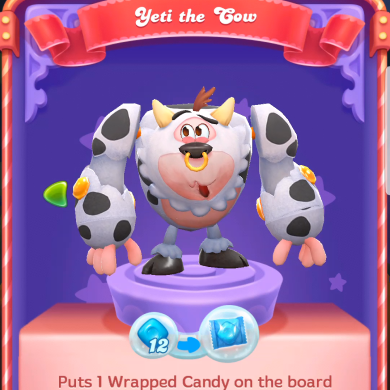 Cow (200 stickers) -> Unlock this outfit from the game
The second one on this game and a great one too.
Costume's Variety: Rare (***)
Special Move Animation:
Yeti in his cow costume will clap and stomp his foot when his candy meter needs 3. When it is full he will ring a cow bell sending a music note putting a candy on the board.

Victory Dance:
As a cow he kicks one foot the brings his feet together then kicks the other while holding his arms up. 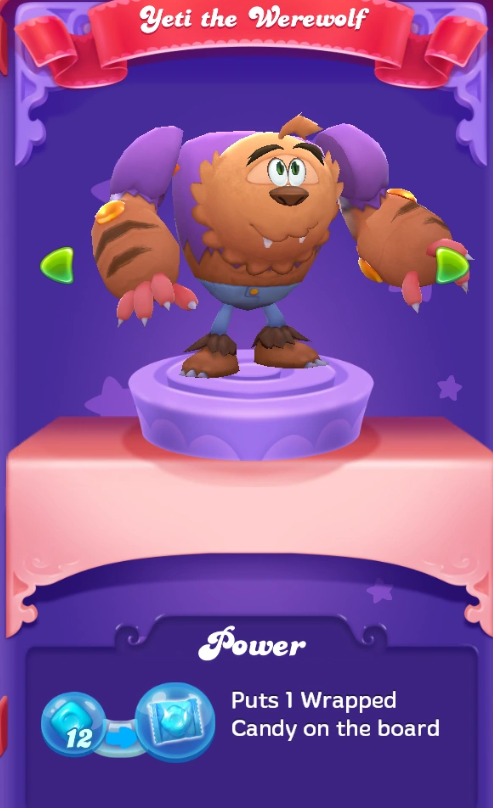 Werewolf (450 stickers)-> Unlock this outfit from the game
The third one on this game and one of the most epic ones.
And my favorite too.

Special Move Animation:
Halloween themed but is alway available. Yeti the werewolf will crouch down on all fours and when he gets his candy he lets out a howl that hits the board.

Victory Dance:
His dance as a werewolf is a version of the dance from Thriller. 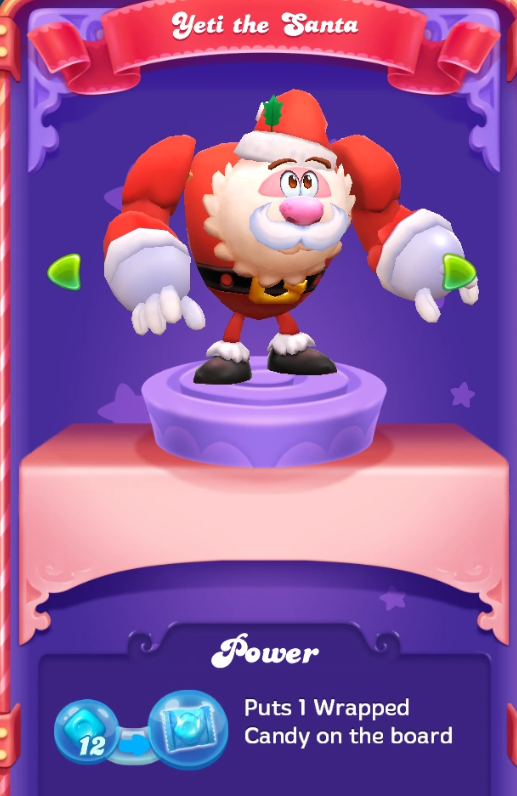 Santa (300 stickers or 35 stars from the 2018 Christmas Star Chaser event or 300 stickers from Holiday Calendar event in December 2019)
A super, legendary favorite costume, full of joy .

Costume's Variety: Legendary (*****)
Special Move Animation:
Christmas themed Yeti in his Santa costume will hold onto a present and deliver it to the board once he has his candy.

Victory Dance:
Santa's victory dance is to shuffle his feet side to side while bopping his upper body and arms 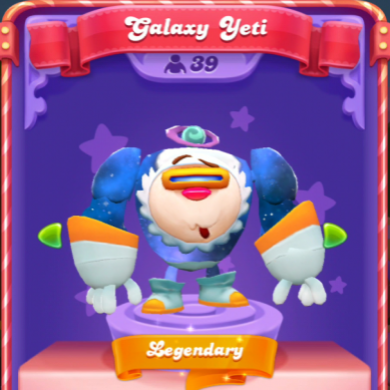 Galaxy Yeti (300 stickers exclusively with purchase of Samsung 2019 products)
Galaxy Yeti is the rarest, legendary costume since you can only get him only in certain Samsung devices.

How to get him:
1. You need to have an eligible Samsung device 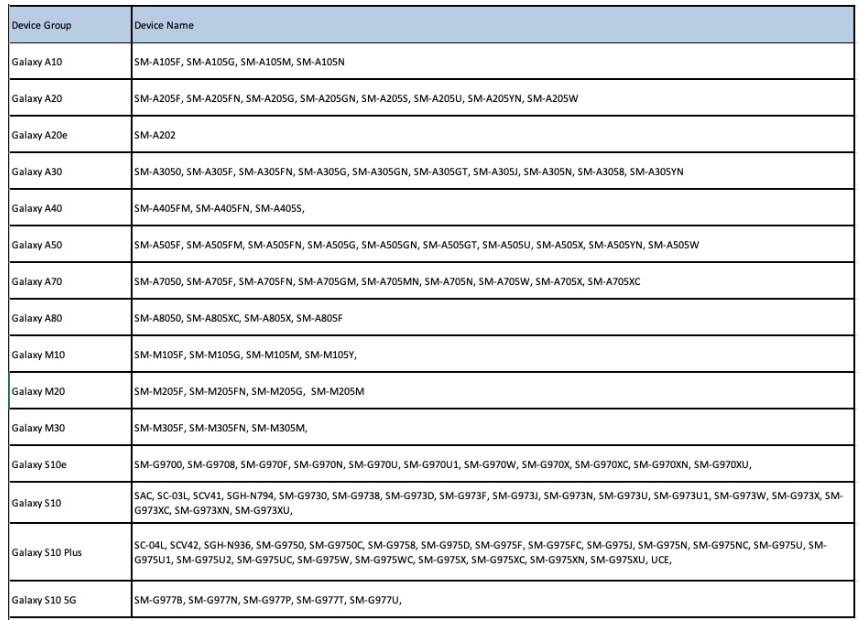 2. Download and install the Candy Crush Friends Saga game app from the Galaxy store on your eligible device (if you already have it from the play store it will show 2 different apps)(you cannot get the costume from the Playstore you must get the app from the galaxy store

4. Log into the app downloaded from the Galaxy store with the account you wish to receive the costume on

Once you have completed the above you will receive on the eligible device in the Galaxy Store downloaded app a pop up notice of a special reward.

After you receive the Galaxy Yeti Costume it will appear on all devices that use your game login. It is NOT limited to the eligible device 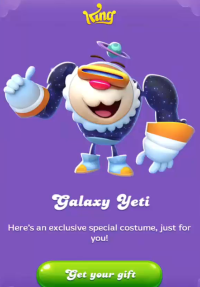 Costume's Variety: Legendary (*****)
Special Move Animation:
Galaxy Yeti pulls out a large purple orb which he throws at the board once his candy meter is full. Very similar to the no costume move

Victory Dance:
Galaxy Yeti dances in low gravity allowing him to at times to float.

Ok...Now since we analyze and his outfits and how great are in my opinion, it's time for the second half of this part which will gonna be and the last one for Mr.Yeti:
On how useful Mr.Yeti is in the five modes on CCFS.
Stay tuned for more!