Why does nobody want to help? 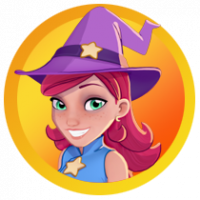 I raised a ticket with Support via the game, they initially replied and I responded proving I had not received my prize from taking the throne in Bubble Gum Hill

A CM kindly reached out and offered to help and Support replied, and responded once again showing I had not received my prize and again I have heard nothing since - I contacted the CM twice about this but I have now heard nothing from them.

As I am sure anybody would feel as I do - which is ignored and nobody wants to help.