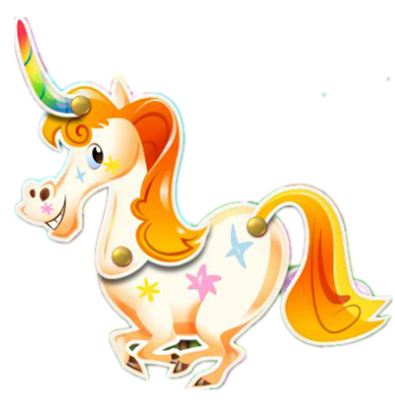 Misty is another character in Candy Crush Saga. She is a unicorn first encountered in the 5th episode, Minty Meadow.  She was crying because she had lost her horn. Tiffi uses a trampoline to take some lollipops from the nearby tree. This string became the recovered horn of the unicorn. She loves colour bombs and cake. You can see her in the Star Chaser event.

She appears in the Sweet Surprise episode, Tiffi enters the scene but is totally confused, as no one is around!  All the characters except for Mr. Yeti appear to be jumping out of Tiffi’s cake.  At first she is startled but then is extremely happy as everyone has come to celebrate her good deeds. 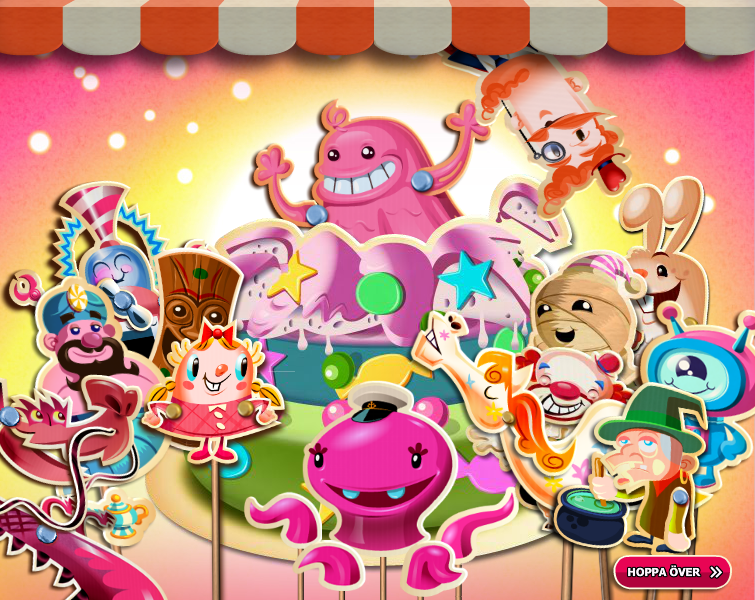 In the Biscuit Bungalow episode, a Bubblegum Monster blows up his giant bubblegum that blocks Pete’s way back to his bungalow.  Tiffi gets on Misty and then the unicorn jumps and pops the bubble with her horn. 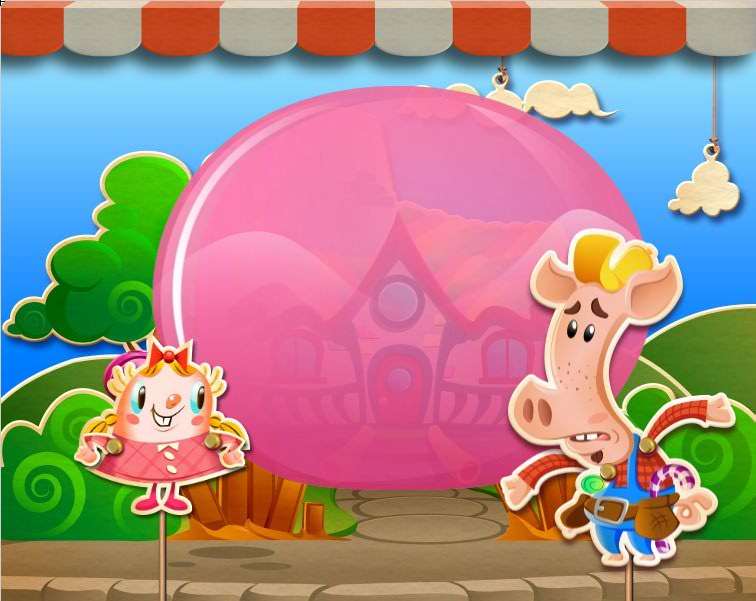 In the Soda Swamp episode, Tiffi finds Misty and Bobby bathing in the swamp filled with soda.  She changes her clothes and joins the bath with them. In the Candied Cliffs episode, Tiffi happily finds Misty after she was lost in the mountains.  She appears in the Peppermint Party episode to celebrate New Year’s Day. In the Custard Coast episode, Misty is afraid of a candy corn that looks like a shark’s fin.  Tiffi grabs a candy corn to prove to Misty that it is just only a candy corn so that she can now take a swim in the sea freely. In the Sugary Stage episode, she wants to be the sweetest star the Candy Kingdom has ever seen.  Tiffi joins the performance to make sure Misty shines. In the Wafer Waterfall episode, Tiffi sees her swimming on the Wafer Waterfall. 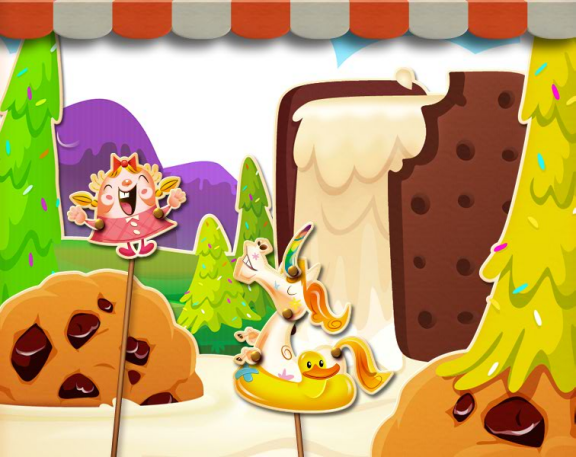 She appears in Lollipop Lanterns episode, the 5th episode in Dreamworld.  She can be seen in the background, but with a dreamy palette-swap.  This episode in Dreamworld is equivalent to the Minty Meadow episode.  In the Polka Park episode, there is a golden unicorn statue that is similar to Misty.  And she appears one more time in the Minty Meadow episode where she appears in Tiffi’s thoughts. 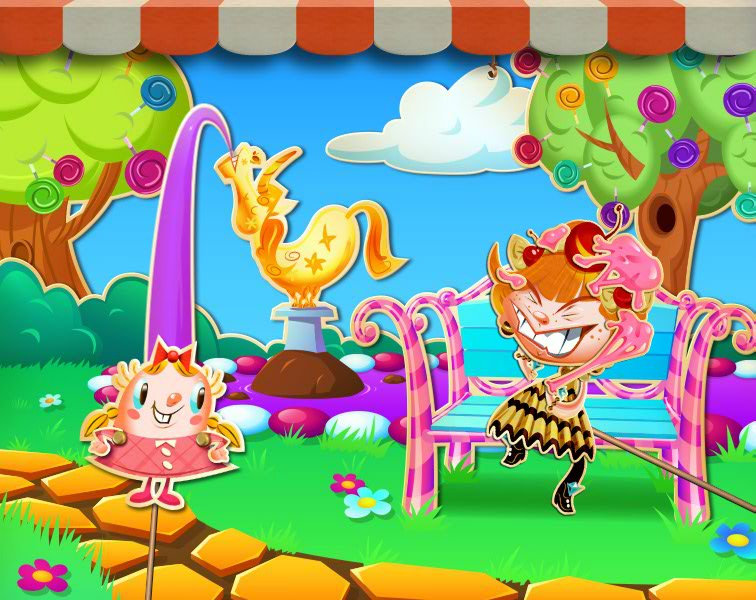 In Candy Crush Soda Saga, she appears unofficially In the Caramel Carousel episode.  She is shown as horses on the carousel.  “Everyone loves the merry-go-round! No one ever wants to get off! Care to ride?”, she says.  “Sorry, these riders are having too much fun. Better come back in a year or so.” 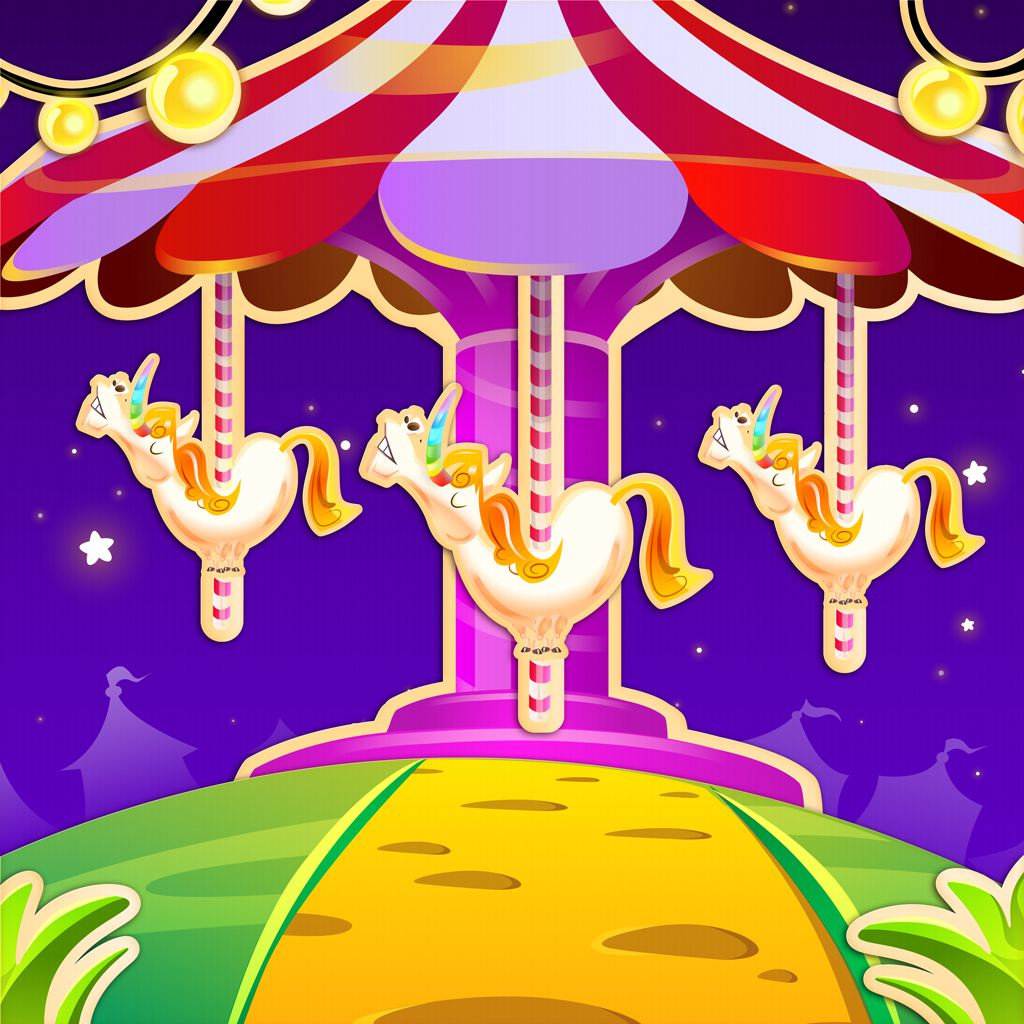 She also appears in one of the events in Candy Crush Jelly Saga, Save Misty. 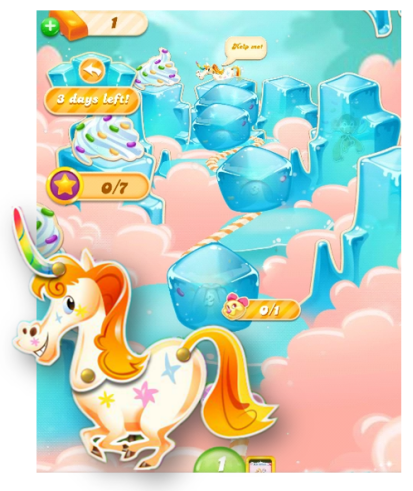 And she can also be seen in Fishing with Friends. 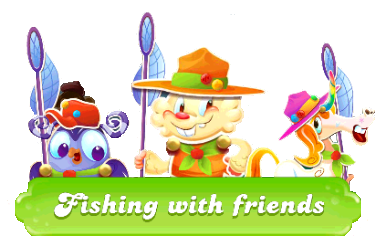 In Candy Crush Friends Saga, she is  one of the protagonists and gets a re-design.   She is blessed with the kind of unparalleled self-importance you’d expect from a rare, beautiful creature. So, whatever you do, do NOT call her a horse.

She is a true Candy master and can create all kinds of special sweets! Match 15 orange Candies, then Misty will make either a Swedish Fish, Striped Candy, Color Bomb or Coloring Candy. Isn't she adorable?