Dachs and Misty take the stage “Here comes Dachs, our donut dog!,” Elsa says.  “He likes food and sniffing things.  He dislikes being alone.  He is brave, loyal, protective, forgetful and fearless.  He is always fighting for what is right.  He is one of the first residents in Cake Town along with Cupcake Carl.  Unfortunately, he had to pack up and leave Cake Town when it was discovered that it had been built directly on top of a still-active Bubblegum Volcano.  This would potentially have traumatized poor Dachs, but he is so forgetful, he can’t remember much about those days gone by. In fact, he typically can’t find his keys, his wallet, his lunch box, and frankly, is even apt to leave a donut or two behind when he moves on to his next locale."

"He is sporting what appears to be an elf outfit.  Dachs, that is a cute trick balancing that light bulb on your nose!  Next he is wearing a caterpillar outfit.  He hopes to become a beautiful butterfly one day.  He also sports a police dog outfit.  Sometimes he likes to believe that he is a detective, so he puts on his police dog outfit.  But then he forgets why he put it on.” 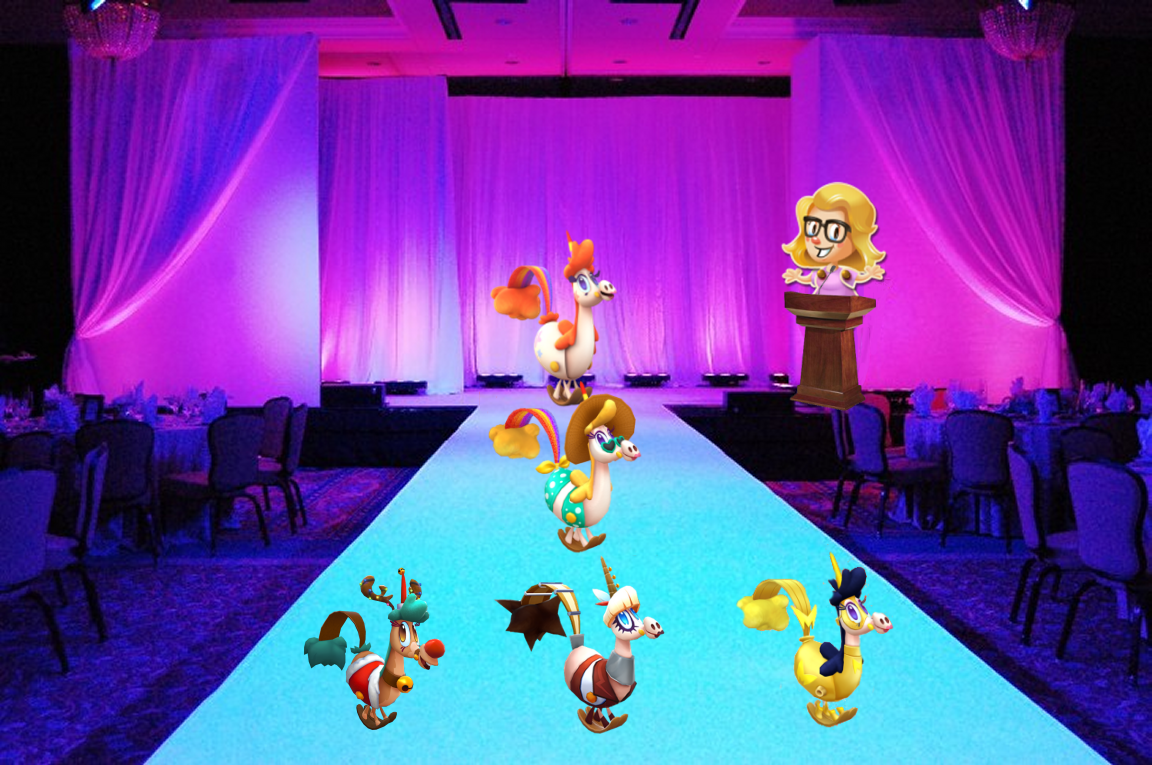 “Misty, come out and show off your outfits!  Misty is blessed with the kind of unparalleled self-importance that you would expect from a rare, beautiful creature.  Whatever you do, do NOT call her a horse.   Ever since the epic outfit was created for her, she thinks that she’s a reindeer.  Rudolph with his nose so bright might lose his job!  She looks forward to wearing her outfit as she does her Christmas shopping. Look at her in her yellow superhero outfit!  Have you ever seen anything so cute on a unicorn before?   In the summer Misty loves to wear her beachcomber outfit.  Love your sunglasses.  Here she is dressed like a pop star.  Maybe she can go on tour with Red Rabbit when he hits the stage as a Rockstar!”

Looks like the show might be coming to an end.  All the characters have shown off their outfits.  What could be next?  Let’s find out here.