Games / Ideas
🏆🥇Win Gold Bars and exclusive Community badges HERE! // CCS Boosters: Vote for your favorite and tell us why HERE!
Please only post ideas on how we can improve the game Candy Crush Saga.
Looking for help? Check our Support and FAQ 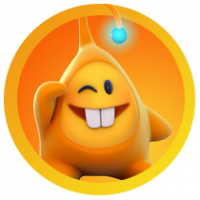 SupriyaV Posts: 32 Level 2
December 2019 in Ideas
Hi,
The master trophy event/feature requires players to clear levels in an episode on first try or get sugar stars on them.
However many levels in each episode do not let the player score more than one star or two stars. Certain levels in which player is able to score 3 star has double the limit for reaching sugar stars which becomes difficult to collect points even after multiple tries.
Kindly reduce the gap between the score points required to get 1,2,3 and sugar stars so that the score point is more achievable.
December 2019
Flag 13
13
Up
13 votes