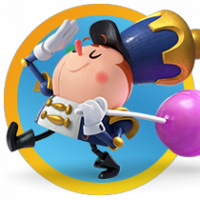 🆕 New to the Community? Register here in just 2 seconds!

We are introducing a new event for our Candy Crushers at the very top of the Saga Map: Star Tournament ⭐️ ✨ 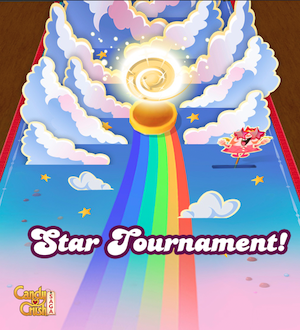 Did you make complete all the current levels in Candy Crush Saga? Would you like to keep crushing and get the chance to win some rewards?

Reach and complete the highest level in the game, then take a step forward and jump on this rainbow! It will take you all the way up to the Candy Crush clouds, where you will have the chance to compete against other Candy Crushers around the world that have also completed all the levels.

You will have the possibility to play more levels and your objective will be to collect as many stars as possible in the sky!

The Star Tournament is a 1-week tournament. Let me show you a mock-up below: 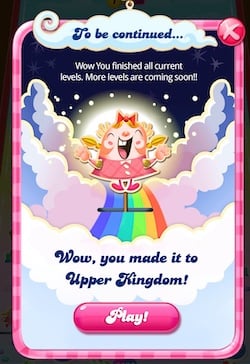 ⚠️ Remember to update your game to the latest version so you can see the Star Tournament! Also, please note that we will be releasing this new event to our players at the very top of the Saga map slowly and not all players might be able to see it.

Did you reach the top of the Saga Map and you are participating in the Star Tournament? We need your feedback, Candy Crushers!

👉 What do you think of this event? Share your opinion & feedback with us below!

Have a delicious day and happy crushing! 🍬 🍬

January 27
Welcome to the sweetest Community! Participate, share your feedback, and win prizes!
👨‍👩‍👦‍👦   New to the Community? Sign up HERE in 2 seconds!