🎃🎃🎃FINISHED - Share Your Favorite Halloween Memories for a Chance to Win Gold Bars!!🎃🎃🎃 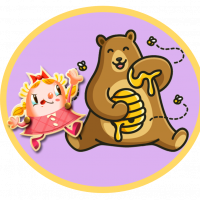 New to the Community? Register here in just 2 seconds 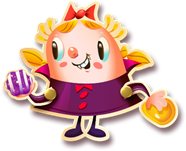 Tiffi is very excited about Halloween. She loves the opportunity

to dress up in a costume and go Trick or Treating!

shares with her friends and family!

Please share your favorite and/or most memorable Halloween memories for a chance to win 20 GB in your Candy Crush Saga game.

For those people who live in a country where they don't celebrate Halloween (so you have no memories to share) - please feel free to share stories you may have heard from friends or acquaintances, or tell us what your favorite scary movie is and why it is your favorite!🎃

5 lucky winners will be chosen based upon reactions from other players and your creativity and narrative skills!

This contest will end at 1500 (Central European Time) on 22 October!